The all-new, fourth generation Escalade SUV came last year, but still, the carmaker prepares some minor changes for this year model. Though it seems impossible, but the 2016 Cadillac Escalade will receive plenty of new features. People from Cadillac will refresh its favorite crossover with new details on the exterior and interior, while the engine options stay unchanged. 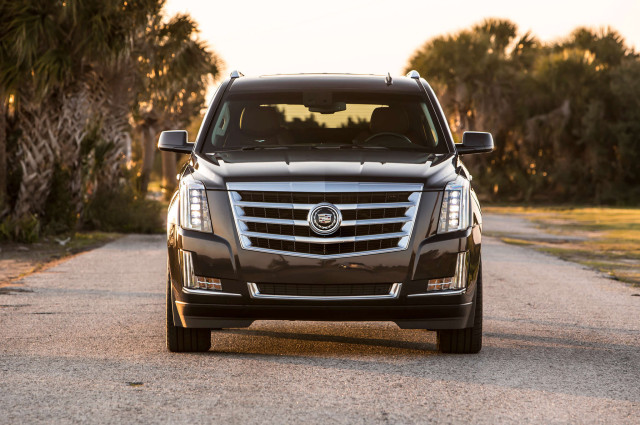 The exterior styling won’t receive any notable change, but there will be two new colors. The amazing vehicle will lose Crystal Red Tintcoat and White Diamond Tricoat, but instead of these there will be Crystal White Tricoat, Red Passion Tintcoat, Gray Silk Metallic and Dark Emerald Metallic.As for the new features, the 2016 Escalade will have Advanced Diagnostics service and the outstanding Lane Keep Assist, as well as pretty odd disc-based entertainment system in the rear seating. In addition, the infotainment system will be updated and improved, so it is expected to be faster and more accurate. Also, the system will get new navigation and Bluetooth media, while the Surround Vision setup now can be selected from CUE screen. Escalade’s Normal Black display will receive chrome rings around information display, so it should look more attractive.

As we said, the full-size SUV won’t change its performance, so it comes with some engine. It is a 6.2-liter V-8 engine that develops 420 horsepower and 460 lb-ft of torque, and it will be paired to a six-speed automatic transmission. As almost every other full-size SUV, the 2016 Escalade won’t have good fuel economy result. The vehicle is EPA rated at 15 miles per gallon city, 21 mpg highway, and 17 mpg combined, which is fairly low.

As you may see, there are lots of changes on the 2016 Cadillac Escalade, but regardless the fact the carmaker has no plan to raise the price of any trim level.