Nissan’s premium lineup will definitely become wealthier for several new models. People from Infiniti work hard on the all-new Q30 and QX30 compacts, as well as on the amazing Q60 Coupe and Convertible models, which will come completely redesigned, while some cars like the QX50 and Q50 are getting the facelift. As we have found out, the 2016 Infiniti QX60 will also arrive updated, and the first reports indicate that the manufacturer plans to introduce this refreshed luxury crossover SUV in early 2016 at the North American International Auto Show in Detroit. 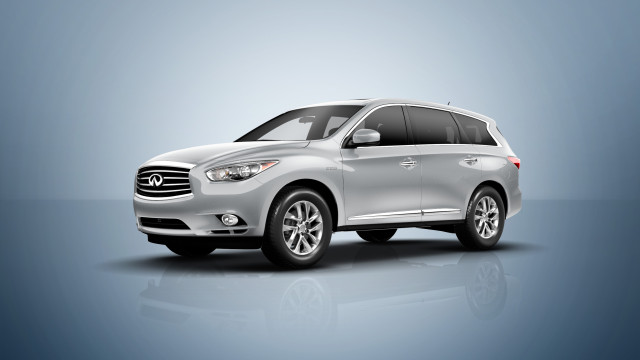 The carmaker didn’t announced what will be the exact changes on the facelifted 2016 Infiniti QX60, but according to the rumors, the luxurious SUV will feature several new details on the exterior and few styling tweaks inside. The crossover will continue to use the same platform, but still, the exterior will get new sleek side lines, which will be terrifically paired with a rugged-looking front end. Speaking of the front section we must mention that SUV should feature a redesigned grille and dramatically restyled headlights. Front and rear bumpers will also have some cosmetic changes, while there is a big chance to see a new taillight design. The current Qx60 SUV already possesses a lavish interior design, but still, there will be some small tweaks. The carmaker will likely get the upscale materials treatment, and possibly updated infotainment and entertainment systems.

The updated 2016 Infiniti QX60 has little chance to get something new under its hood, so you can expect the current engine options. The regular model comes with a 3.5-liter V6 engine that delivers 265 horsepower and 248 lb-ft of torque. The unit is paired to a CVT only, while there is standard front-wheel-drive and optional all-wheel-drive. Fuel economy numbers are quite average for the class, and you can expect 21 city/27 highway/23 mpg combined with FWD and 19 city/26 highway/22 mpg combined for the AWD model. On the other hand, the 2016 Infiniti QX60 Hybrid will offer a drivetrain that combines a supercharged 2.5-liter four-cylinder engine and an electric motor, which is supplied by a lithium-ion battery pack. The setup will be able to produce 250 horsepower and 243 lb-ft of twist, as well as notably better fuel economy numbers than the regular model.

As we already said, the refreshed 2016 Infiniti QX60 will be introduced at the next Detroit Auto Show, while it will hit the showrooms in spring same year. There is no reliable information regarding the price, but you can expect a few hundred dollars expensive SUV.