Nissan’s Qashqai crossover has something to be really worried about, because one of the biggest rivals is currently getting the facelift. It won’t be the extensive redesign, but the changes which are getting the 2016 Suzuki SX4 S-Cross are quite impressive and will make it more attractive and useful. After dozens of spy photos, we finally saw the real thing. These pictures of the new Suzuki SX4 S-Cross have been leaked from a presentation to French dealers, which indicate that the updated crossover should be introduced very soon. 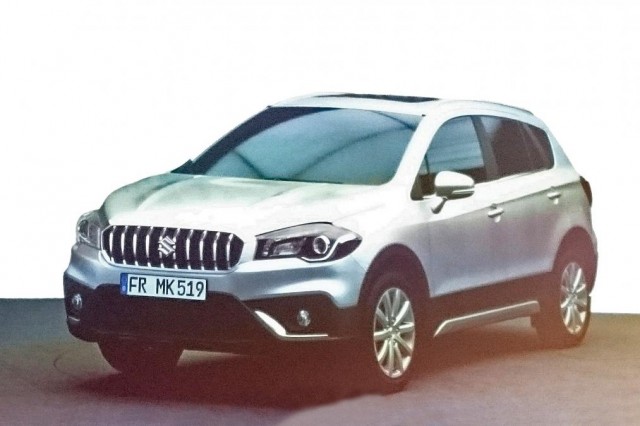 In any case, the exterior styling includes redesigned front end that will get a revamped grille with vertical slats, and the restyled headlight design, which gets slimmed but more appealing look. The front bumper is larger and completely changed. In contains the new foglights, as well as more attractive air intakes. In the rear, the crossover features the new bumper styling and updated taillights. The cabin received a wide range of important changes, starting from the new upholstery and redesigned dash. The version we saw here has some pink parts inside, so the crossover could be really interesting for the female population. The car manufacturer decided to add a little bit “Vitara” in the cab, so you will find the same navigation system and steering wheel. 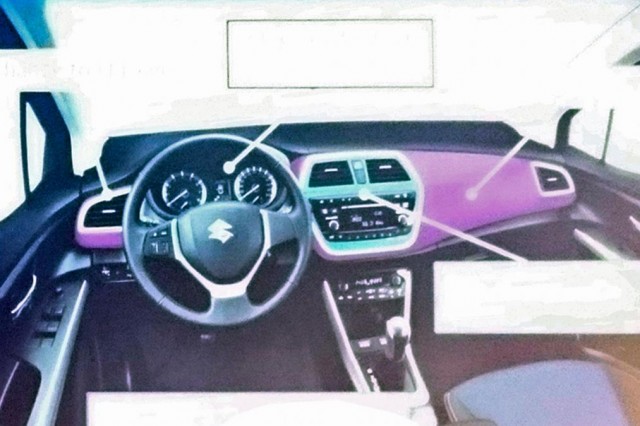 The 2016 Suzuki SX4 S-Cross is rumored to introduce two new engines, so except of the current 1.6-liter diesel and gasoline options, the compact SUV would add a new 1.4-liter turbocharged unit and possibly a turbocharged 1.0-liter three-cylinder engine from the new Suzuki Baleno. This small unit delivers around 110hp and amazing fuel economy that exceeds 62 mpg. 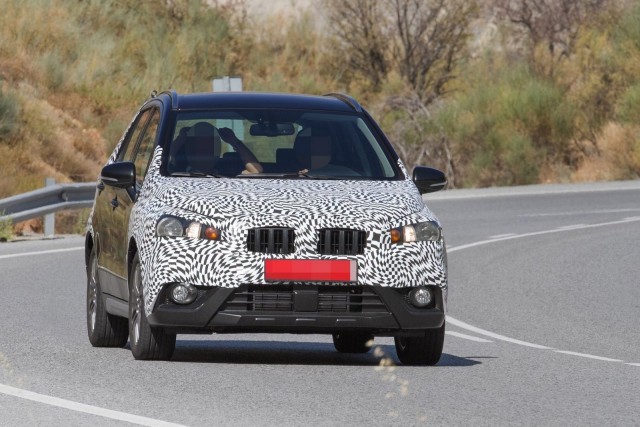 Like we already said, the 2016 Suzuki SX4 S-Cross will make its debut very soon. The starting price isn’t revealed yet, but it is likely that it won’t be under $21,000.