We already knew that Acura plans to introduce the refreshed mid-size SUV, but we weren’t expecting to see such a good vehicle. In addition to exterior and interior facelift which is done very wisely, the updated 2017 Acura MDX has been enriched with a new hybrid powertrain that is rather similar to one we saw under the hood of Acura NSX supercar. 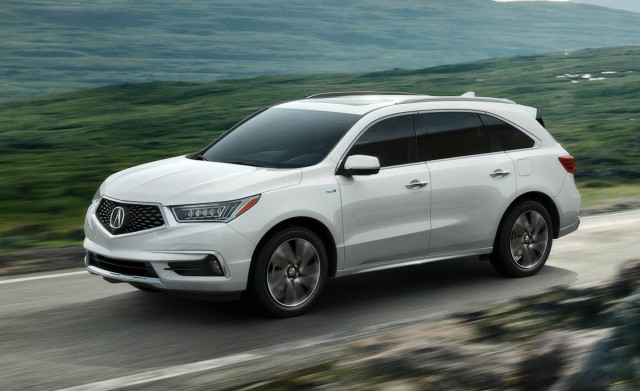 This new trim level is named the 2017 Acura MDX Sport Hybrid and features so called Sport Hybrid Super Handling All-Wheel Drive with three-motor layout. The hybrid drivetrain combines a 3.0-liter V6 engine and one electric motor for the front wheel drive, while the other two motors run the rear axle. Together, the system can pump out around 325 horsepower and really respectable fuel economy numbers, which are estimated to be 5 miles per gallon city, 26 mpg highway, and 26 mpg combined. Still, compared to the RDX sedan that features the same engine setup, the new Acura MDX lacks 52 horses and has no ability to work without gasoline engine. In any case, the amazing drivetrain is matted to a seven-speed automatic transmission for which we already know that is one of the smoothest gearboxes available. However, the carmaker additionally improved the handling and cornering with tuned suspension and integrated torque vectoring. As for the standard 2017 Acura MDX, the luxurious crossover will continue to use its 3.5-liter engine without any big changes. 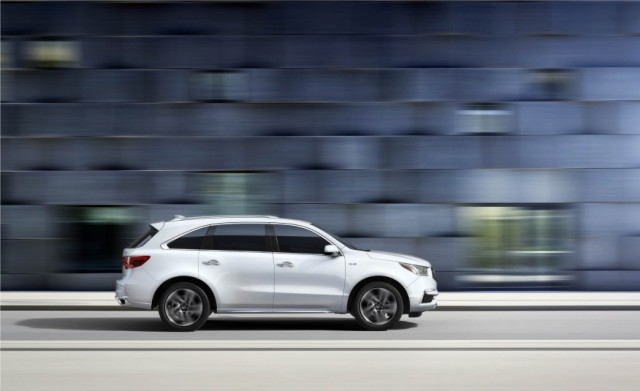 The hybrid powertrain is the biggest news of the refreshed 2017 MDX, but it’s not the only one. The mid-size crossover features extensively polished exterior design, which lost Acura’s distinctive shield grille in favor to diamond pentagon styling that is introduced on the Acura Precision concept for the first time. The fascinating SUV got redesigned LED headlight too, while the hood and fenders provide really aggressive look, which appears to be wider and lower. In the rear, the revised MDX sports a completely restyled bumper with different exhaust pipes. Inside, the carmaker done a fantastic job by adding more standard options and better tech. This way, the base model can match with some premium versions of other manufacturers. The base high-riding model packs automatic emergency braking, lane-departure warning, lane-keeping assist, adaptive cruise control, forward-collision warning and road departure mitigation, as well as automatic high beam headlamps, updated SirusXM 2.0, and four USB ports. 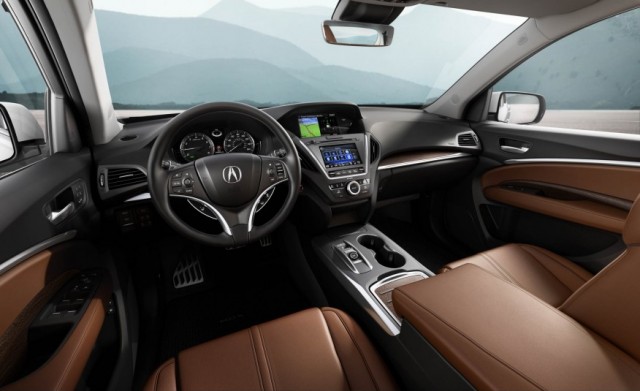 The carmaker stayed silent about the price of the updated crossover. However, the 2017 Acura MDX will hit the showrooms this summer, so we will find out the exact price in a few mounts.