According to the latest reports, the automotive industry will get one more new player in the SUV segment. This new SUV will be actually a stylish, mid-size vehicle with refined taste of luxury and modern sense of design. It will be an amazing “Italian job”, or more precisely the 2017 Alfa Romeo Small SUV. The vehicle is already spotted several times before, but the spy photos might lead us in the wrong direction, because the carmaker didn’t reveal anything that refers future exterior design. They wisely exploit the body of the Fiat 500L, and try to hide the best of their upcoming crossover. However, despite the smart move, we have managed to find out some important details. 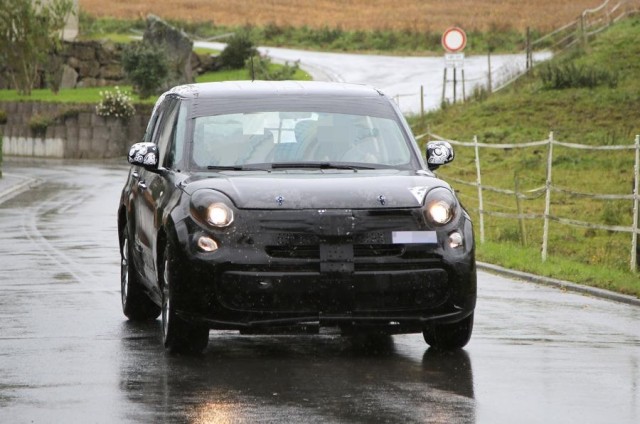 Namely, the exterior styling of the 2017 Alfa Romeo Small SUV will be closely related to the Kamal Concept, which will be responsible for the overall body lines. On the other hand, the styling cues and cosmetic details will be taken from the Giulia sedan. The sedan will also share the platform with the new SUV, but the architecture should be wider and stretched a little bit, so there will be a plenty of interior space. The design is unknown, but we are absolutely sure that the carmaker prepares a SUV with an aggressive front end and a lowered sloping roof. The sporty feeling should be all over the car, especially inside where everyone expects futuristic and modern styling cues. 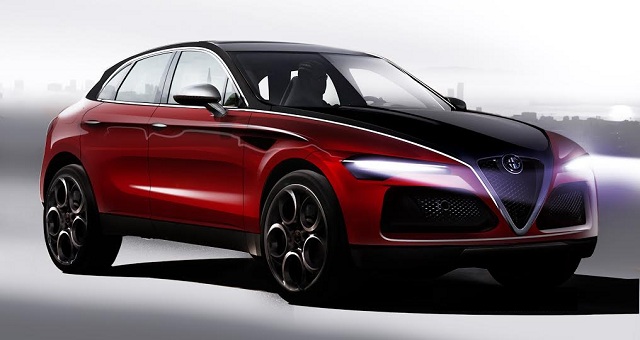 The 2017 Alfa Romeo SUV will get at least four engine options, so you will be able to choose between the power and good fuel economy (We are always for the first one). The performance model will get a V-6 engine with a whooping output of over 500 horsepower. The base model will come with a four-cylinder engine, while you can also “go for” a diesel option, which is rumored to get around 350 horses. At the end, but not the worst, will be a hybrid drivetrain for what we have no further details. No matter which one you choose, you will get an all-wheel-drive only (Hooray!).

The worst thing about the 2017 Alfa Romeo Small SUV is actually the release date, because it won’t be introduced before the end of the next year. There are many speculations regarding the price, and the most convincing information say that the SUV could be priced at $42K.

Updated 02/19/2016: According to Auto Express, Fiat Chrysler Automobiles boss Sergio Marchionne has finally announced the name of Alfa Romeo’s forthcoming SUV. This long-awaited vehicle is scheduled to start production in the end of 2016, slated for sale next year will be officially called the 2017 Alfa Romeo Stelvio.