Audi’s Crosslane Coupé concept was originally intended to be the basis for manufacturer’s smallest crossover Q1. However, regardless the fact that we already saw the prototype of the small SUV, the Q1 won’t be available at the car market. This is not because Audi canceled their newest model, but due the new name, which was originally planned to be. The Q1 is replaced by a Q2, so the 2016 Geneva Auto Show will be the host of the all-new 2017 Audi Q2 small crossover. 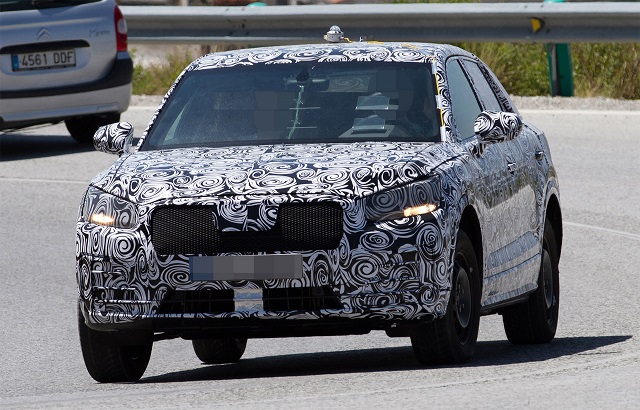 The newest in the lineup crossover will be all-new, but it won’t be whole new. It means, it will share some pretty important parts with several Audi’s models. At the first place, the Q2 SUV will share the MQB architecture with the A1subcompact, while the exterior design should have a lot in common with the new Q7. However, the platform is not completely identical. The 2017 Audi Q2 will get a bit stretched version, which will enable a higher level of comfort inside, as well as more space for swaying exterior styling. Speaking of the styling, the prototype looks pretty similar to Q7’s. Of course, all parts will be “stacked” in smaller “package”, so actually, you will get a baby Q7, and this especially refers to the front end. On the other hand, the rear end will be shortened, which will make it very attractive, but at the same time handicapped for a bigger trunk.

The 2017 Audi Q2 will get a wide range of engine options. The small premium SUV will likely start with a gasoline turbocharged 1.4-liter four-cylinder engine, but you can also expect to see a 1.4-liter TDI turbo-diesel. The most interesting drivetrain will come with the SQ2, which will probably get a 2.0-liter turbo unit that produces 230 horsepower. There will be some other three- and four-cylinder engines, as well as a plug in hybrid option. As for the transmission, all the engines will be paired either with a six-speed manual or a seven-speed dual-clutch auto gearbox, which will send the power to the front wheels or all four wheels (Quattro all-wheel drive).

This amazing crossover has a little chance to “see” the North America. However, if it actually arrives in U.S., the starting price will be $25,000.