We are looking at the BMW’s new X1 prototype while it’s testing the new abilities on cold weather. Despite the car manufacturer already introduced the compact SUV, this one will be clearly different from many aspects. The vehicle will get some mild styling changes, and important drivetrain updates. When it comes to cosmetic part, we didn’t expect anything new, but this powertrain changes was pretty clear since this is the new 2017 BMW X1 plug-in hybrid. 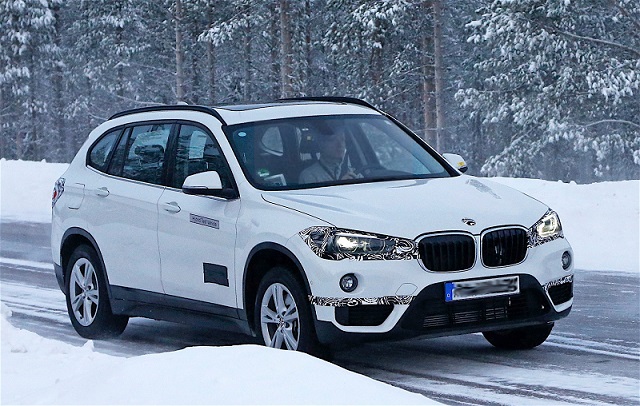 We know it is the hybrid because the driver’s side fender carries the charging door, so the car could be plugged. As for the other styling elements, the front end features different LED strips, as well as some other small tweaks on air intakes. In contrast to this, the grille, hood and bumper are unchanged, while the rear end features a lot more camouflage. This is could be either a trick, or the stylish SUV really sports some new details. As far as we know, car could get a new exhaust pipe setup or a bit updated hatch design. 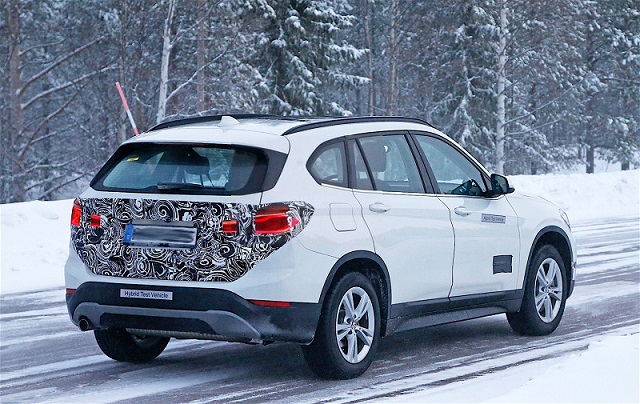 The most exciting part of the 2017 BMW X1 plug-in hybrid will be under the hood. The crossover will be fitted with a powertrain that combines a 1.5-liter engine that powers the front wheels and an electric motor that runs the rear axle. The gasoline engine will deliver around 136 horsepower and 162 pound-feet of torque, while the electric unit produces 87 horsepower and 122 pound-feet of torque. Together, the wheels are getting 221 horsepower and 284 pound-feet of torque through a six-speed Steptronic automatic transmission. The crossover actually shares the drivetrain with the BMW 225xe model, so it should have three driving modes: Save Battery, Auto eDrive and Max eDrive. However, no matter they share the hybrid drivetrain, the X1 hybrid model will likely feature different performance figures due the larger body and heavier bones.

The 2017 BMW X1 plug-in hybrid is ready for debut, so we expect it very soon, possibly at the 2016 Los Angeles Auto Show. The carmaker haven’t said anything regarding the price yet, but the latest information we have indicate that the “green” X1 could cost around $40K.