There are some models we would love to see in North America, and the 2017 Borgward BX7 is one of them. This all-new vehicle isn’t the most famous SUV, but it really promises some to be highly competitive in the mid-size SUV segment. However, the Germany’s Borgward model will be offered in China and Europe only, so don’t expect to see it at the US roads anytime soon. 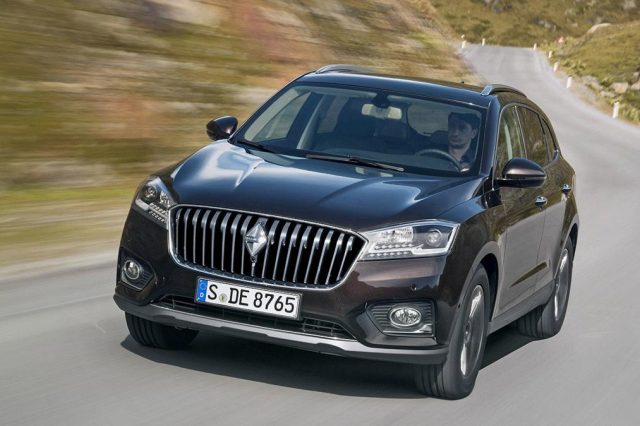 The fashionable exterior styling is something that has characterized Borgward’s models from earlier times, and judging by the BX7 SUV, this carmaker will set high standards once again. The 2017 Borgward BX7 sports really aggressive styling, which might have some already familiar cues. Yes, you probably recognize Buick’s waterfall grille and Audi’s bodywork, but still, the BX7 looks quite impressive. The vehicle is 185.5 inches long and 75.2 inches wide, which makes it a true mid-sizer, but the sporty features that usually adorn the compact crossovers, make the new SUV very attractive and bold. There is a large and low grille, as well as really aggressive bumper with quite interesting foglamps. Inside, the SUV packs three rows of seating that can accommodate up to seven passengers. There is an interesting infotainment system with 12.3-inch big display, a 360-degree camera system and Wi-Fi hotspot. The design features really luxurious layout with leather -wrapped seats and contrast stitching. There are plenty of aluminum details, while the TS trim level offers two-tone upholstery and more useful features. 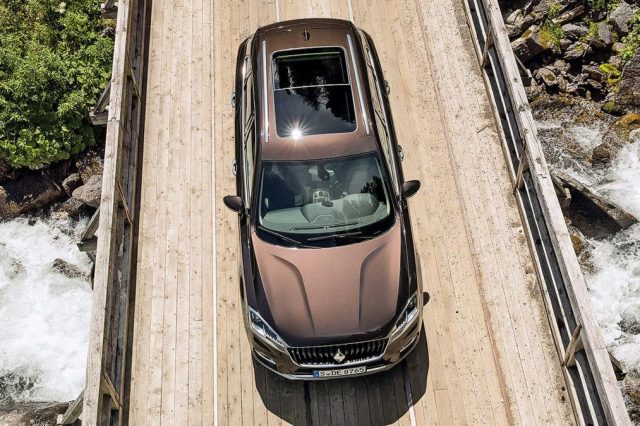 Under the hood that features deep creases toward the edges, the 2017 BX7 will get some interesting options. A turbocharged 2.0-liter four-cylinder engine will power the base model, so in case you are interested to buy it, you will get around 221 horsepower and 221 lb-ft of torque. It’s really odd, yet the 2017 Borgward BX7 offers just an all-wheel drive configuration, but two transmission options. The engine could be paired to the standard six-speed automatic and optional seven-speed dual-clutch gearbox. In both case, the crossover reaches 60 mph in 9 seconds, while the top speed stops at 124 mph.

The car manufacturer will also offer the 2017 Borgward BX7 hybrid. This version combines the same 2.0-liter turbo engine and a 13.2-kWh lithium-ion battery. All-together the drivetrain should deliver around 400 horsepower and all-electric range of 34 miles. The carmaker has no intention to offer any diesel engine, but we have heard that they are working on the all-electric model. 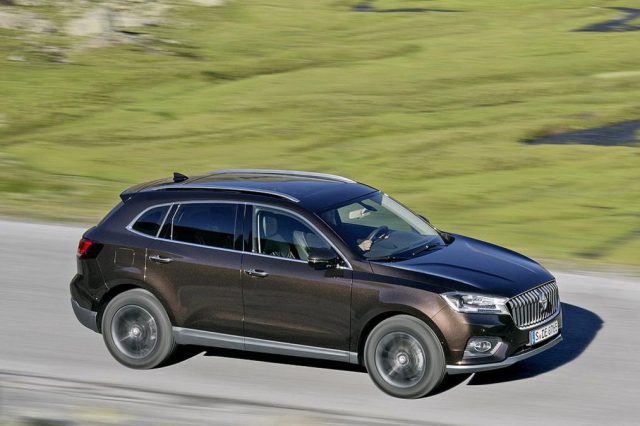 Borgward SUV isn’t BMW or Mercedes, but it still provides some German contours and habits. However, in contrast to the competition that starts higher, the 2017 Borgward BX7 will cost around $32K.