Buick’s lineup is constantly improving, so after the all-new LaCrosse, Cascada and Envision models, the car manufacturer plans to introduce the updated 2017 Buick Encore. The interesting subcompact crossover is announced to arrive at the 2016 New York Auto Show which will start in ten days, but the vehicle is already spotted totally undisguised, so we have a sneak preview of the production version. 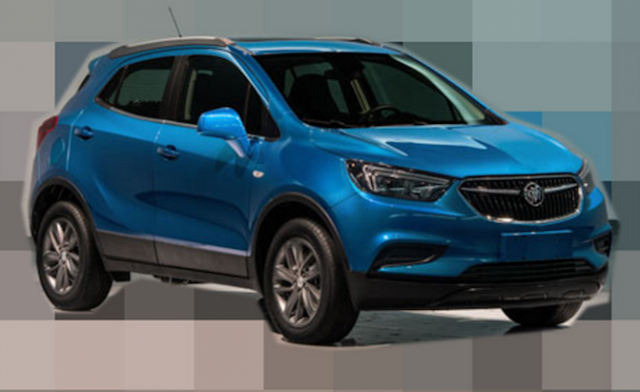 No matter the carmaker has done just a mid-cycle update, the 2017 Encore looks pretty different in comparison with the current model. This applies particularly to the front part, which essentially separates old and new models. Unlike the previous Encore that features Buick’s distinctive waterfall grille, this refreshed model is getting vertical bars. The look is additionally embellished with completely new headlights and redesigned bumper styling along with restyled for lamps. We are not so sure, but the 2017 Encore seems to feature more aerodynamics in the front end, which indicates that the carmaker redesigned hood as well. In the rear, the tiny crossover gets no big changes, so except of small tweaks on the bumper and a mild update of the taillight design. The interior styling is redesigned too, so instead of pretty usual design, the new Encore gets more fine touch inside. The cab will feature more premium materials as well as the newest infotainment system. In addition, the crossover should provide more fun, which indicates the entertainment could get more applications like Apple CarPlay and Android Auto smartphone integration. The steering wheel is also rumored to be revamped and enriched with more buttons and options.

2017 Buick Encore Gets A New Engine

The current Encore is already capable little fellow that features pretty good handling and enough power for its subcompact body. However, the carmaker decided to add one more option under the hood, so except of a base 1.4 EcoTec engine that produces 138hp and 148lb-ft, the crossover will also offer a 1.4-liter 4-cylinder turbo unit, which should be capable to deliver 153 horsepower and 177 lb-ft of torque. Both options will be paired with a six-speed automatic transmission and start/stop system, while the car gets standard front-wheel drive and optional AWD.

Stay tuned, there will be more info very soon.