Chevrolet is working on the new pickup truck, so the Ford’s F-150 and Ram 1500 may easily get a big opponent for the future. We managed to catch the prototype of what appears to be the production version of the Chevrolet Colorado ZR2 concept, which was introduced at the 2014 Los Angeles Auto Show. There is no word from the car manufacturer when we could expect the interesting vehicle in the dealerships, but since the testing model doesn’t wear too much camouflage, we expect to see it before the end of this year as the 2017 Chevrolet Colorado ZR2. 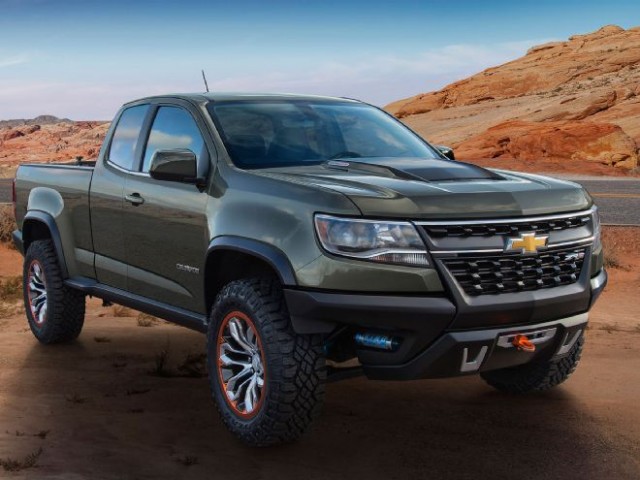 Judging by the photos, the 2017 Colorado ZR2 will obviously resemble the concept model. This especially refers to the front end, which gets concept’s bumper and headlight styling. Compared to the standard Colorado, the ZR2 model sports a wider track, as well as larger fenders, so it should get bigger wheels too. In addition, the prototype looks higher just like the concept, so the truck should get better ground clearance. We can’t be sure, but the truck seems to have King Off-Road Racing Shocks like the concept, as well as rocker protectors for the side sills. 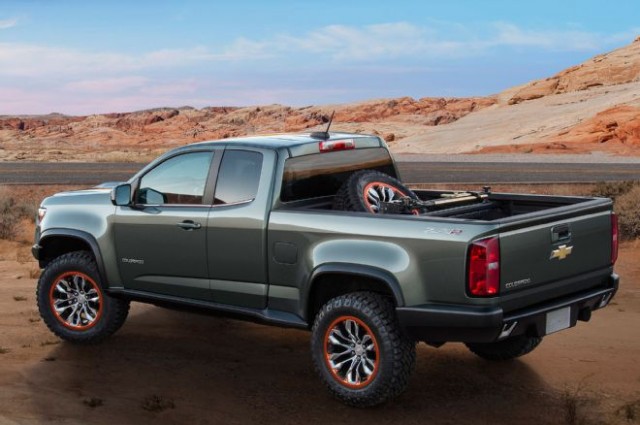 2017 Chevrolet Colorado ZR2: Where is that oil-burner?

However, in spite it features almost every great detail from the concept, the 2017 Chevy Colorado ZR2 appears to comes without a Duramax 2.8L I-4 diesel, Judging by the tailpipe, the pickup truck drives a gasoline options, which is likely a new 3.6L V-6. Still, the car manufacturer probably has a plan to introduce the oil-burner Duramax 2.8L I-4 version of this amazing off-road vehicle.

Speaking of the introduction, there is nothing official yet, but the 2017 Chevrolet Colorado ZR2 could make its debut this November at the 2016 Los Angeles auto show.