Chevy’s Equinox SUV already represents a perfect combination of modern styling and perfect features, but the redesigned 2017 Chevrolet Equinox will surpass the current model without any doubt. This all-new Equinox has to make some space for Chevrolet’s long-time rumored new mid-size SUV, so the manufacturer has decided to move down their worldwide popular crossover utility vehicle.

Unlike the current model, the 2017 Chevrolet Equinox will become lighter and noticeably smaller. This will be accomplished with the new D2XX platform, which is highly stretchable and already works on the new Buick Envision, while it will come with the 2017 GMC Terrain as well. This way, the next-generation Equinox crossover should also improve its capabilities and performance. The styling changes are not visible under the heavy camouflage, but still, we can notice that there are plenty of changes, especially in the front end. The new Equinox SUV will get a redesigned and stylish grille, as well as the redesigned front and rear bumpers. In addition, we should see completely restyled headlights and taillamps. The overall design will be pretty different than it is now, and from our point of view, the prototype reveals more aggressive and dynamic design. 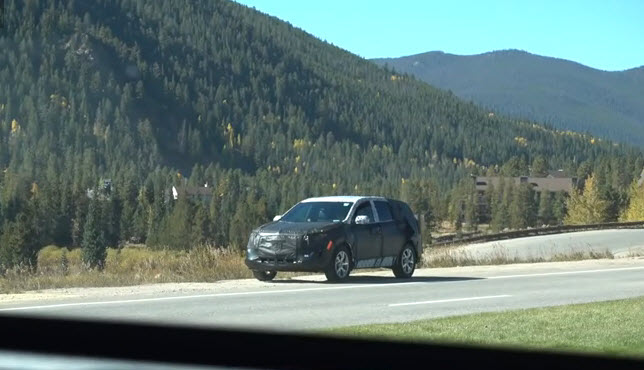 Except of the redesigned exterior and interior styling, the new generation, 2017 Chevy Equinox will also get several new engine options. Chevrolet plans to add a 1.5-liter four-cylinder turbo engine under the hood of the base model. The mill should deliver around 160 horsepower, and it will be paired to a six-speed auto gearbox. On the other hand, the stronger option will feature a 2.0L turbo engine, which will be able to produce 250 hp, but it will be matted to an eight-speed automatic transmission. However, since there will be these two new units, the carmaker will probably dismiss a current 3.6-liter V6.

The new-generation, 2017 Chevy Equinox won’t compete with its current rivals. Since it will come smaller, the modern SUV should become the biggest rival to the Ford Escape, Nissan Rogue, Toyota RAV4 and similar models. In any case, look for the debut sometime next year, and the starting price under $25,000.