The updated Ford Escape could make its debut this November at the Los Angeles auto show, but is won’t be introduced as a 2016 model. The carmaker will rather present the refreshed 2017 Ford Escape, which should be available in the showrooms sometime next year with the price that should not be too different from today’s, which is right now around $24,000. 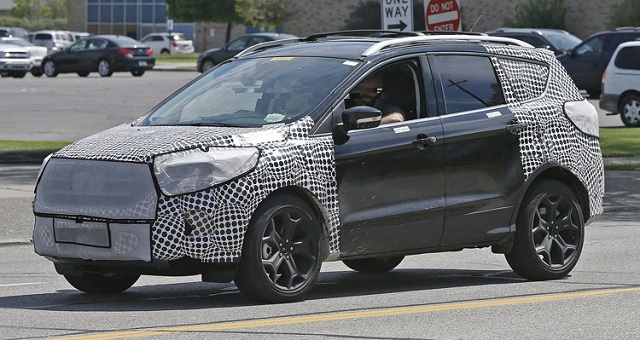 The exterior and interior changes of the 2017 Ford Escape will be pretty expected and rather typical midcycle refresh. The compact crossover will ride on a same front-drive-based platform, which won’t be changed at all. On the other hand, there will be plenty of cosmetic changes, especially on the front and rear ends. As we said earlier, the front fascia will get a new Edge-like grille, and a pair of the redesigned LED headlights that now seems sharper. Both front and rear bumpers will be updated too, while the SUV also features restyled taillamps. The interior refresh will include an updated version of the SYNC infotainment system and redesigned dash. 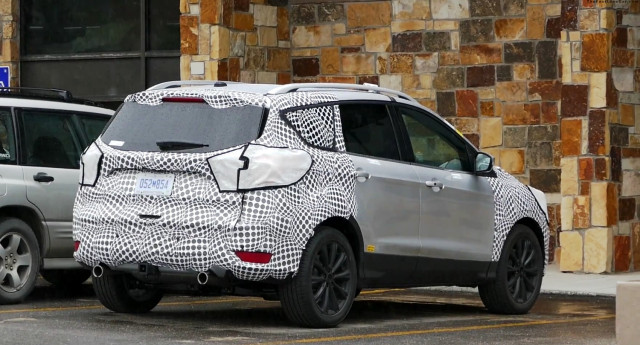 Under the hood, you will find pretty the same options like now, except perhaps one change. It means that the base 2017 Escape offers a 2.5-liter four-cylinder that makes 168 horsepower, while there will be also a 2.0-liter EcoBoost, which delivers 240 HP and 270 lb-ft of torque. The only change is rumor-based at the moment, but regardless the fact, we have to mention this possibility. Namely, an optional turbocharged 1.6-liter four will be replaced with a 1.5-liter EcoBoost that will produce 185 horsepower. In any case, no matter which engine you choose, you will be able to get the optional all-wheel-drive. The current model uses just a six-speed automatic gearbox, but the updated Escape crossover SUV will be offered with Ford’s 9- and 10-speed transmissions.