Ford has announced prices of the new 2017 F-350, but it hasn’t say anything about the drivetrain upgrade, which will definitely happen. The amazing diesel model is currently developing around 440 horsepower and 860 lb-ft of torque, but the upcoming 2017 Ford F-350 will be a bit boosted, mostly due the biggest rival, the new Ram 3500 that uses its Cummins I-6 engine with 900 lb-ft of twist. 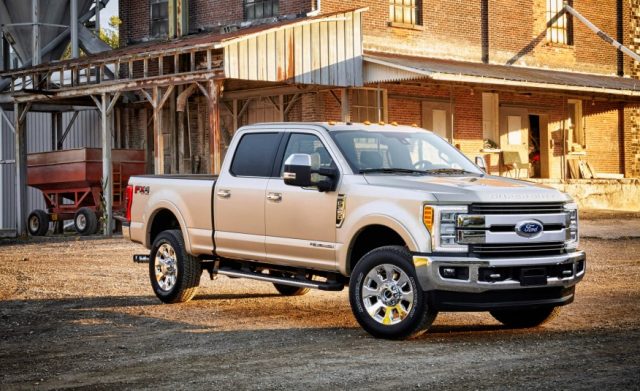 The 2017 F-350 can’t reach Ram’s 900 lb-ft with its upgraded 6.7L Power Stroke diesel, but let’s say it will stop at 880 pound-feet of torque. Still, keeping in mind an intensive aluminum diet that will make the outstanding full-size HD pickup truck very light, we expect to see really impressive towing and hauling results.

The ultimate truck is a bit more expensive that the last year model, but keeping in mind what you’ll get, the actual price isn’t too high at all.

Some extra equipment like a Sync 3 infotainment system with navigation and an 8.0-inch touchscreen cost $2,000 more, while a blind-spot warning system add $540. There are also optional rearview camera($370), as well as chrome front and rear bumper ($720).