GM’s Australian part is working hard on the new Holden Colorado 7. Still, the stylish SUV is losing its nameplate and gets the all-new name. Yes, in place of the “Colorado”, the carmaker plans to place something completely different, so if you wonder what on earth is the 2017 Holden Trailblazer, we will tell you what is it:

The 2017 Holden Trailblazer isn’t the new generation vehicle, so despite it is getting the new name, it still keeps some old habits. Moreover, the car manufacturer claims that the new nameplate isn’t their idea at all. It rather the customers feedback, which has also have certain influence on the new design. Speaking of the styling, the 2017 Trailblazer “stole” plenty of stuff from the recently introduced Chevrolet Trailblazer Premier concept. The SUV gets more rugged look with a completely different front end. There is redesigned grille and headlights, as well as a little bit restyled hood and updated bumper. There are also totally new daytime running lights and more chrome details all around.

Inside, the 2017 Holden Trailblazer sports more evident changes. The off-roader provides more pleasant ride due the retuned suspension that should “turn off” the engine noise and vibrations. As for the visible interior changes, the SUV will offer new dash and infotainment system with Apple CarPlay and Android Auto technology that uses really big eight-inch touchscreen. 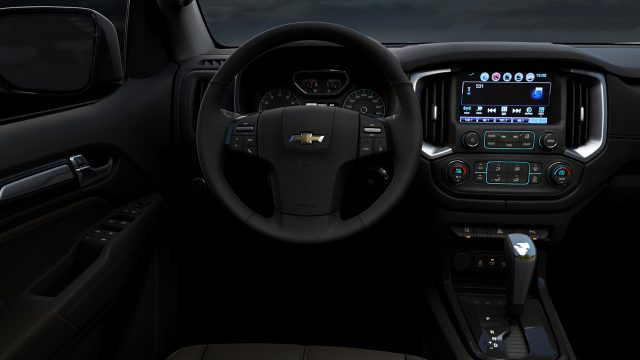 As we already said, it’s not the complete redesign, but just the facelift, so don’t expect anything new under the hood. The 2017 Holden Trailblazer will inherit the predecessor’s 2.8-liter turbocharged four-cylinder diesel option that delivers 147kW (197hp) and 500Nm (369 lb-ft) through the six-speed automatic gearbox.

The 2017 Holden Trailblazer will try to beat some rather strong competition like the Isuzu MU-X , Mitsubishi Pajero Sport, Toyota Fortuner  and Ford Everest, so we are pretty convinced that the body-on-frame SUV won’t cost more from the current model, which is priced at around $48,000.