Honda’s all-new Ridgeline pickup truck is finally introduced at the 2016 Detroit Auto Show. Though it passed a huge period between two generations, the second generation pickup shares something really important with its predecessor, and this is actually a unique detail of the truck. As it was case with the earlier model, the 2017 Honda Ridgeline rides on the Pilot crossover unibody platform and also shares the same 3.5-liter V6 engine. However, the most interesting detail of the new pickup is that except of the usual all-wheel drive setup, the new Ridgeline becomes the first pickup that will be offered with a front-wheel drive. 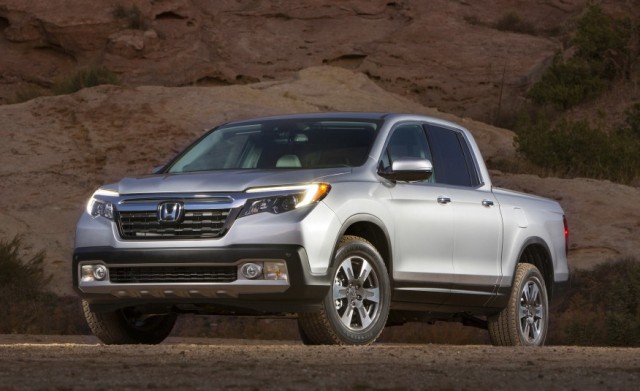 Despite it offers the standard front-wheel-drive setup, the 2017 Honda Ridgeline will still be a true off-road pickup. This is thanks to the additional features as a torque vectoring and a multi-terrain management system, which can adjust the vehicle to all weather conditions (but these systems for sand, snow and mud will come with the optional all-wheel drive option). Under the hood of the Pilot crossover the 3.5-liter engine delivers 280 horsepower and 262 lb-ft of torque. However, since the manufacturer hinted that the pickup truck will definitely tow more than the crossover and will have a payload capacity over 1600 pounds, we are sure that the engine must deliver a little bit higher numbers. The engine will be [paired to a six-speed automatic transmission only and the Japanese producer has announced that is hoping for best-in-class acceleration and fuel-economy figures. In addition, the unusual pickup will have some “heavy” safety features, including lane-departure warning, road-departure mitigation, avoidance systems, collision warning, and lane-keeping assistance. 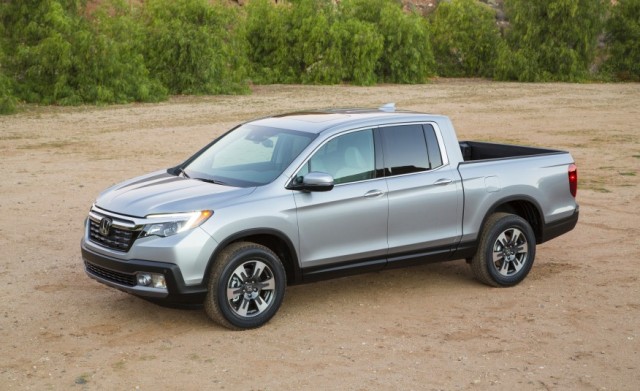 The exterior redesign made the new generation Honda Ridgeline quite interesting. The pickup seems that retained the predecessor’s profile, but the ends of the truck are entirely new and pretty modern. However, the front end is not that similar to Pilot’s as we supposed earlier. The four-door pickup looks very brawny, especially with a huge grille and low bumper. Inside, the 2017 Honda Ridgeline offers some amazing features like tri-zone climate control, push button start, an 8.0-inch touchscreen with Apple CarPlay and Android Auto functionality. 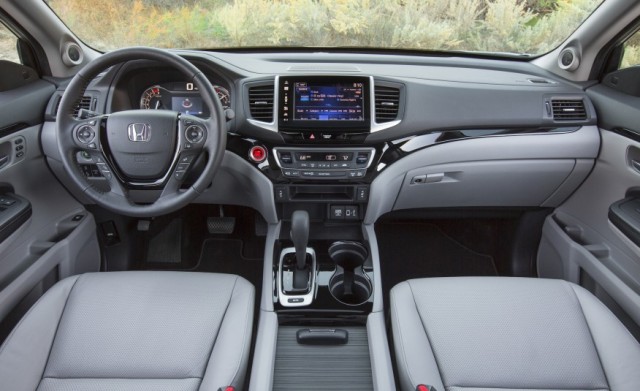 The all-new 2017 Ridgeline will become available very soon, most likely in the first half of this year, so we will find out how much it will cost the pickup truck.