It looks like that Mazda works the all-new “CX” SUV, but we can’t be one hundred percent sure what will be the number next to the “CX”. This new car has been spotted completely camouflaged, but judging by the bodywork, it is quite certain that this is a production model of recently presented Koeru concept. If you believe the rumors, the concept could be automaker’s future design language, and also the all-new model, which will be named the 2017 Mazda CX-6. 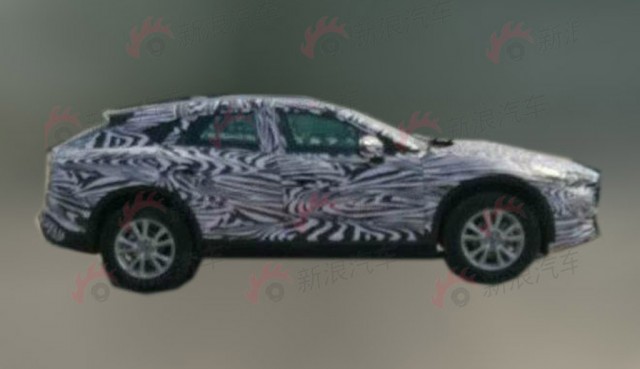 The first spy shot really shows that this new model features almost identical exterior styling as the Koeru concept, so you can expect the 2017 Mazda CX-6 with an interesting, unusual design. The model looks longer than the CX-5, and the bodywork reveal its wagon nature. In some sense, this new crossover SUV is a lifted wagon that rides on CX-5’s platform. The idea of building this kind vehicle could be an answer on increasingly popular coupe-like SUVs. This wagon style might become a new direction in SUV category, especially if you see the amazing bodywork of the Koeru concept. The brilliant concept may have some KODO details, but the attractive and sleek lines make this Mazda’s future vehicle extremely stylish and modern. 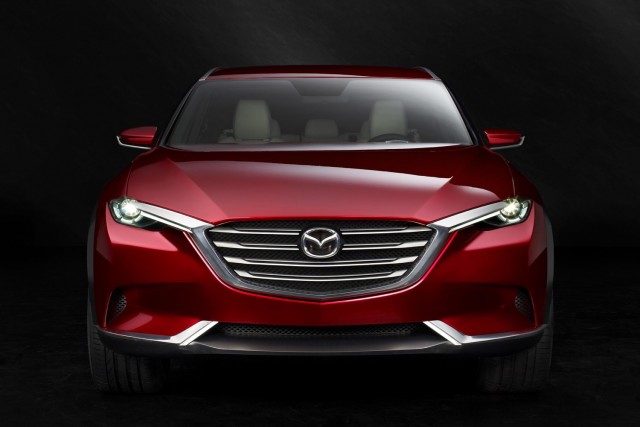 As for the powertrain lineup, the 2017 Mazda CX-6 could get several standard options. A base 2.0-liter unit will be able to deliver around 155 horsepower and 150 pound-feet of torque, while a 2.5-liter engine should produce 184 hp and 185 lb-ft of twist. The engines should be paired to a six-speed manual and six-speed automatic transmission.

The 2017 Mazda CX-6 should be originally introduced this year at Guangzhou Auto Show in November, and the possible price should be slightly higher from the CX-5.