Mitsubishi plans to return at the U.S. market with a style, and the best possible way of re-entry in North America will be through introduction of the all new flagship SUV. That will be the next-generation, 2017 Mitsubishi Montero – a Vehicle that is absent from the U.S. for 10 long years. The carmaker already presented a concept version that is called the Concept GC-PHEV. The bumpy concept will be a base for the new Montero, but the amazing SUV will have more “normal” exterior styling. 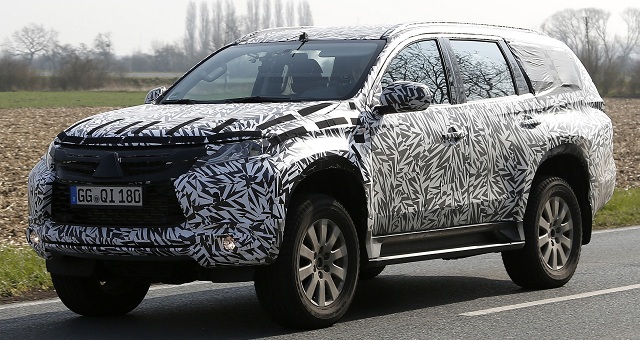 2017 Mitsubishi Montero: Similar to Concept, But Not Too Much

Since we already saw the prototype (though camouflaged), we must say that there is a lot similarity with the Concept GC-PHEV. The production model will definitely feature the same proportions as the GC-PHEV, but there is different front end, which will have new grille and more round, but still slit-like headlight design. And while we don’t expect too much futurism from the solid off-roader, the exterior redesign of the next Montero will clearly bring more modern and dynamic lines than earlier. The rugged look goes down the history and the SUV-legend could show Mitsubishi’s new design language that will be starting point for all future cars. The interior of the 2017 Mitsubishi Montero isn’t “a done deal” for now, but the cab design should get luxurious details and great infotainment. In addition, the rumors say that the SUV definitely gets the third row-seating. 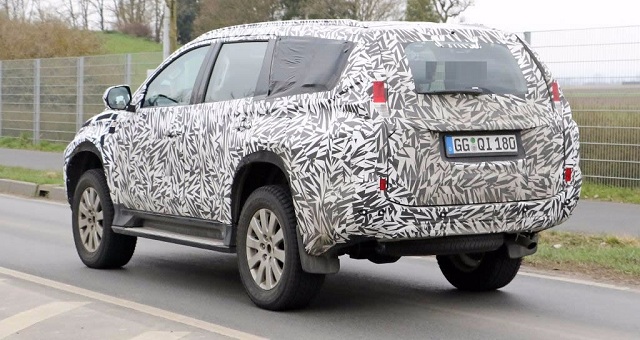 According to rumors, the 2017 Montero will also have interesting engine options. The amazing vehicle will borrow the drivetrain from the concept, so you can expect the SUV with a supercharged 3.0-liter V-6 engine, an electric motor and a lithium-ion battery, which will be good for the output of 335 horsepower. The outstanding plug-in hybrid setup will be paired to an eight-speed transmission, and it will work with full-time four-wheel-drive system, which powers the wheels separately as they needed. Of course, since this is a flagship full-size SUV, there must be some other engine options, but at the moment we have no idea about it.

The all-new 2017 Mitsubishi Montero will be introduced sometime next year. The SUV will hit all markets, but overseas markets will get the vehicle that pretty the same, but named Pajero.