Nissan’s Pathfinder SUV has been spotted partly camouflaged for the first time, so it is quite clear that the carmaker slowly prepares the updated version. However, despite we hoped that the refreshed model could come late this year, the SUV will arrive as the 2017 Nissan Pathfinder. 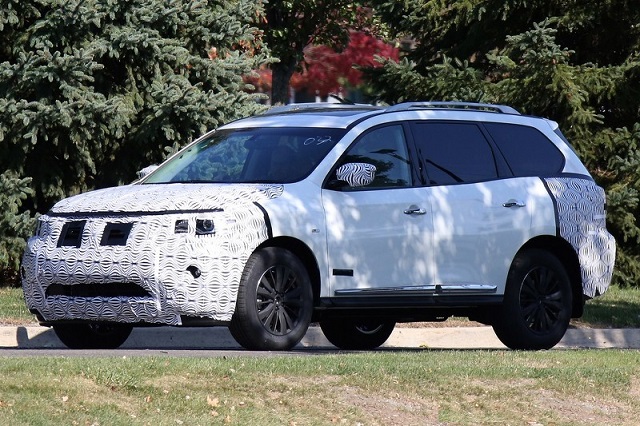 Since the facelifted prototype has the covers just on the front and rear ends, it is quite clear that the 2017 Nissan Pathfinder gets only the mild cosmetic changes on the exterior with the focus on the nose. However, the camouflages are really good, so we don’t see the exact details. The front end looks to feature a reshaped hood and fenders, as well as an updated grille. The bumper’s styling seems toned down here, while the headlights definitely feature completely redesigned design. Around the back, the updated 2017 Pathfinder gets some changes too, starting from the reshaped bumper and taillights. Inside, this pretty solid crossover could receive the updates that might be similar to recently introduced Altima, as well as the new technology packages that will be enriched by forward-collision warning and Nissan’s Predictive Forward Collision Warning system. 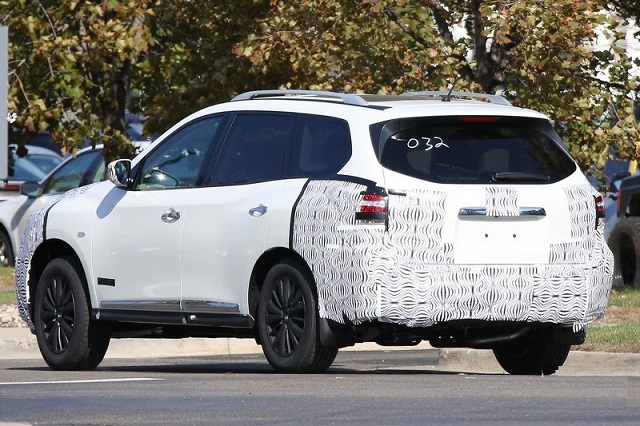 Nissan’s engine department remains silent for now, but judging by the information we already had, the 2017 Nissan Pathfinder will probably get a new unit under the hood (just we don’t know which one). The base option will continue to use a with a 3.5-liter V6 engine with 260 horsepower and 240 pound-feet of torque, while there will be a hybrid options available. The hybrid will combine a 2.5-liter engine and an electric motor that uses lithium-ion batteries. There are official no words yet, but the rumors say there could be some tweaks on this drivetrain.

These updates could bring certain improvements on the 2017 Nissan Pathfinder, but don’t expect anything essentially important. This also means that there should not be some big price increase of the facelifted SUV.