Everyone said that Toyota’s “C-HR” means “compact” and “high ride”, and they may be all right, but we say that it could be also “coupe” and “high ride”, which is more more appropriate for this fanciful exterior styling. In any case, the eccentric Scion C-HR concept definitely headed to the production lines, and will be ready for its debut before very soon. The newest reports claim it will hit the coming 2016 Geneva Auto Show, so it could be easily introduced as the 2017 Scion C-HR crossover. 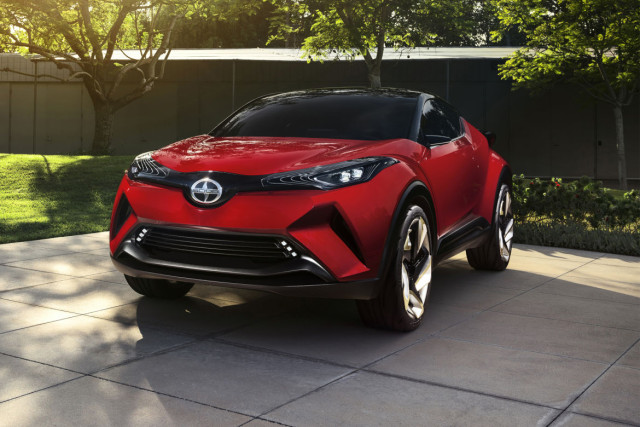 2017 Scion C-HR will have youthful spirit

There is no way to see this kind design on the roads soon, so the exterior styling of the production model might get some “small” reworks. The compact SUV will certainly lose its striking and huge 21-inch wheels, as well as the excessive aggressiveness on the ends. Of course, in place of concept’s three doors form, the future 2017 Scion C-HR would feature a standard 5-door outfit, and moreover, it will lose big fenders and Juke’s shapes that are pretty noticeable on the concept. The interior styling isn’t revealed yet, but we think imagine it modern and with youthful spirit. The base model won’t own any too expensive equipment, but there will be plenty of options for sure. 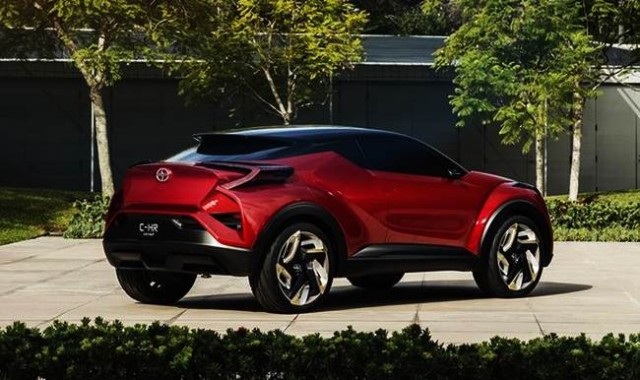 In contrast to currently blurred design detail, we are quite informed what to expect under the skin. The 2017 Scion crossover will ride on gets Toyota New Global Architecture which is versatile to receive plenty of diversified engine options. Still, the Japanese car manufacturer won’t overload it new compact crossover for sure, so you can expect just a small four-cylinder engine at first. There is also a big possibility of a hybrid powertrain, which will definitely come from the new Prius, and will combine a 1.8-liter, Atkinson-cycle with two electric motors, a CVT and all-wheel drive.

Like we already said, the all-new Scion C-HR crossover will be introduced this year, and the base price won’t go over $25,000.