Skoda’s VisionS concept didn’t have to wait too long before the arrival of the production version. Yes, the car manufacturer introduced the concept car at this year Geneva Motor Show, yet the finished model will make its debut at the 2016 Paris Motor Show as the 2017 Skoda Kodiaq. This will be the largest SUV in the Skoda’s lineup, so it must offer everything best that the carmaker could possibly give at the moment. Anyway, we managed to catch the testing model, which looks to be almost ready, and here is what we think: 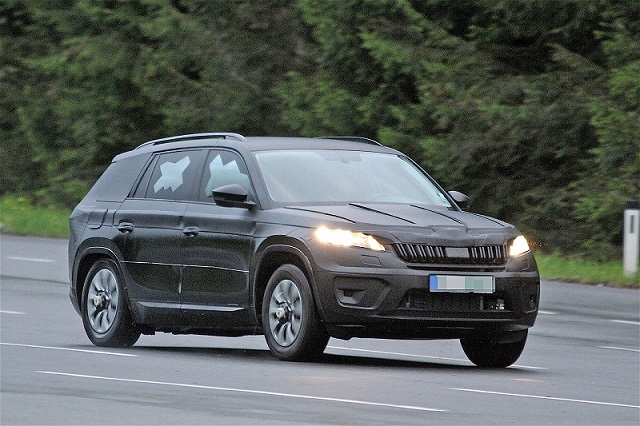 The production ready seven-seat SUV seems pretty the same as its concept version. The producer decided to change just some small details, so essentially you can expect to see the VisionS’s bodywork. The front end gets several styling tweak, so instead of the concept’s distinctive air intakes and fog lamps, the 2017 Skoda Kodiaq sports its own finishes. On the other hand, the grille and bumpers are pretty the same, as well as the headlights and roof. In the rear, the large SUV features VisionS treatment, which is quite notable at the hatch and taillamps. The interior is where the carmaker plans to change a lot. Still, you can expect concept’s high-sitting center console, yet the amazing infotainment should find the new place, possibly more to the center. The SUV will put on really fine Alcantara leather, and will offer ultra-cozy seats, especially for the driver and its “co-pilot”. 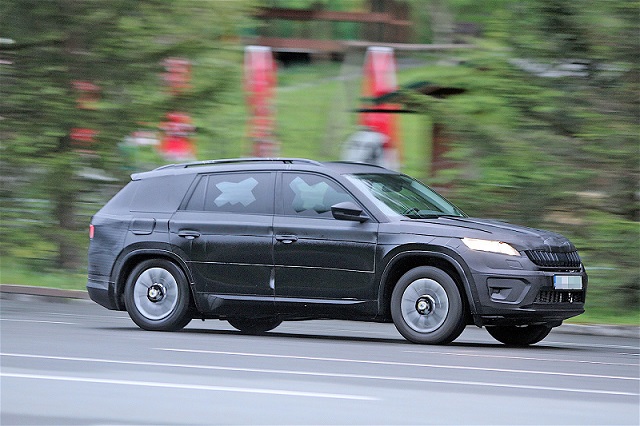 The US-specs 2017 Skoda Kodiaq isn’t going to happen ever, so the car manufacturer will not emphasize the force at all. Instead, the SUV will start with a small 1.4-liter four-cylinder engine which will not go over 150 horsepower. In addition, there will be two variants of the 2.0-liter engine that will be able to deliver 180 and 220 HP. Of course, there will be an oil-burner in the offering, and we place our bets on a 2.0-liter engine that will produce around 150 horsepower and 184 lb-ft of torque. A little bit latter, the manufacturer will offer a hybrid or even a plug-in version, but this depends of the overall success of the car.

There is nothing official regarding the price, yet we estimate that the interesting SUV could start from $36K.

2020 Skoda Kodiaq Is Getting A Mid-Cycle Update