Whether we like it or not, the electric cars are slowly taking bigger and bigger part of the market. This is why all big carmaker are trying to develop EV models that will be decent substitutes for the conventional vehicles. They are all trying hard, but it seems that Tesla stands at least two steps ahead of all other producers. The company already offers an amazing sedan and crossover, and as we already announced, they will introduce the first-ever electric pickup truck, as well as the all-new Model 3. Still before that, the producer might introduce one more crossover, which will be named the 2017 Tesla Model Y. According to the latest reports, the all-new high-riding EV will be introduced in a week, which is really incredible because no one managed to catch any testing model in the recent months. 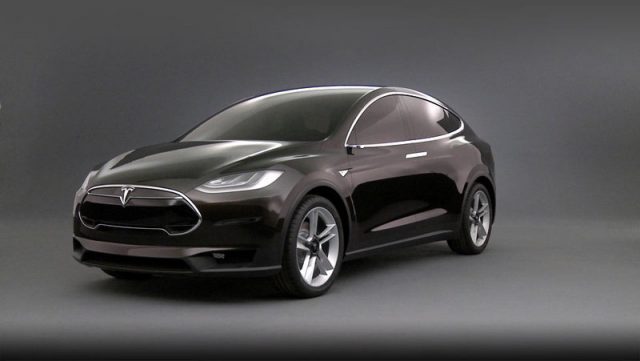 There is no too many information about the 2017 Model Y, but the rumors claim it will have a lot in common with the upcoming Model 3. These two will share the platform and some of the styling elements. Well, not some, but most of it. As a matter of fact, the upcoming Model Y would be pretty much the same as the compact sedan, except it will be higher. Okay, there will be some other differences, like the falcon wing doors, which should be borrowed from the bigger Model X. Yes, the new crossover will be smaller – let’s say big as the Mazda CX-3.

Powertrain wise, the 2017 Tesla Model Y will probably offer both RWD and AWD setups. The base model will use 70-kWh, while the optional model should have 90-kWh unit. The entry-level model will have driving range of around 215 miles, as well as 300 horsepower strong setup. The range-topping version will use a bit more powerful drivetrain, which will deliver 370 horsepower and amazing driving range of around 280 miles.