Alfa Romeo’s first SUV is almost ready, which is quite clear because the Italian automaker plans to introduce it at the upcoming Los Angeles auto show in November. Still, we got some new spy shots before the official debut, which is a reason more for one last look at the camouflaged prototype of the 2018 Alfa Romeo Stelvio. 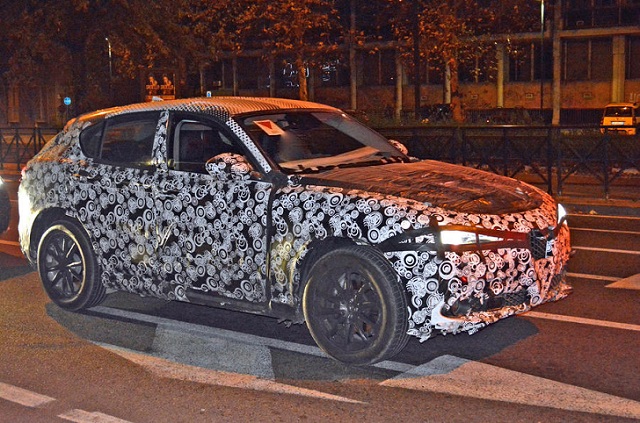 In contrast to some other spy shots that didn’t reveal too much details, this time the testing model of the 2018 Alfa Romeo Stelvio isn’t excessively hidden, so we can anticipate what’s cooking up under the camo. It appears that the all-new SUV features plenty of similar detail as the recently introduced Giulia. This is pretty evident in the front end that gets quite similar grille and completely identical headlights. The rest of the bodywork reveals almost coupe-looking styling with low and sloping roof lines, as well as Alfa’s distinctive rear hatch.

The interesting crossover rides on the borrowed platform too. It’s actually a bit revamped Giorgio chassis, which offers a rear-wheel drive setup. Of course, the range-topping model will get the all-wheel drive option. The 2018 Stelvio will have quite interesting options under the hood. For the US drivers, the Italian carmaker will likely prepare two pretty amazing choices. The base model will run a turbocharged 2.0-liter inline-4, which will deliver 276 horsepower. In case you want more power, you will be able to choose a twin-turbocharged 2.9-liter V-6. This outstanding unit is capable to deliver really impressive output that can easily reach 502 horsepower. Overseas, the 2018 Alfa Romeo Stelvio will be offered with an oil-burner unit as well. This will be a turbocharged 2.0-liter inline-4 diesel engine. No matter which one mill you pick, you will be able to choose between an 8-speed auto and 6-speed manual transmission. 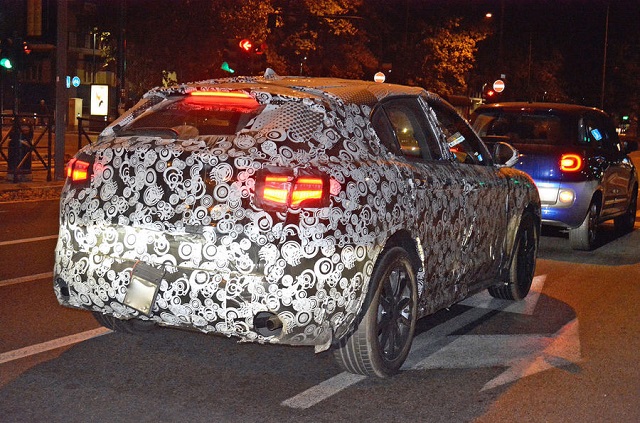 Now, the upcoming Stelvio will offer a five-seat arrangement only, but as we have heard, Alfa Romeo is working on two more crossover, which will come in the next two or three years. One will be smaller than the 2018 Stelvio, while the second should have seven seats inside.