Until know we were able just to guess in what direction would go the development of the new generation Audi Q3, but now we got the first spy shots, so we have a good idea what the car manufacturer plans to do. Yes, the prototype of the 2018 Audi Q3 is wrapped in the brown covering, so there are no too many clear details. Still, what we see is the overall bodywork, which definitely features really dynamic exterior styling. 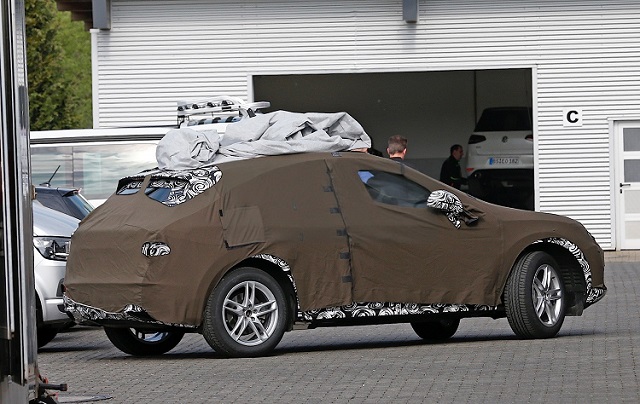 However, what is more important, the next generation Q3 is getting a larger footprint, just as we assumed earlier. The crossover will ride on the MQB platform, and will become longer and wider. This way, the vehicle will offer more leg room inside, but it will also make the space for Audi’s newest small crossover, so called Q2 model. The new architecture will provide some weight saving, which is speculated to be over 200 pounds. As for the redesign details, like we said, the 2018 Audi Q3 will feature a little bit more aggressive design, which will carry a new headlight styling and LED daytime running lights. The prototype seems to have a big singleframe grille and bolder grille in the front, while the rear end sports new LED taillight and redesigned bumper that will have integrated exhaust tips.

We haven’t seen the interior yet, but according to insiders, the crossover will feature something we already saw inside of the new Audi A4. There will be Audi’s Virtual Cockpit, while the steering wheel might get several new buttons. A new center stack will sport a larger touchscreen, and the leather upholstery comes as a standard option. Tech department will add new and better navigation system, as well as a couple of new features like voice control, Bluetooth connectivity, and a Wi-Fi hotspot. 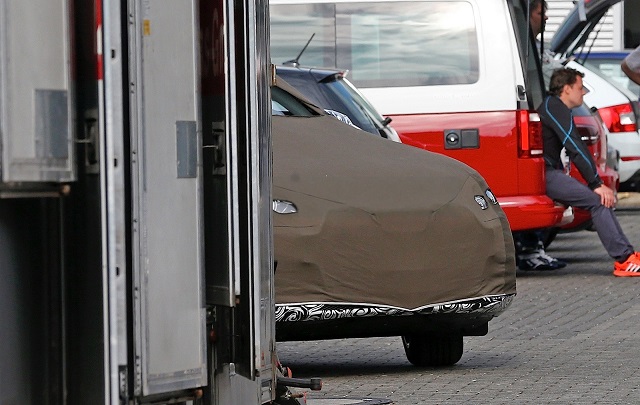 The North American model will likely come with the same engine, which could feature a little bit higher output and fuel economy figures. At the moment, the 2.0-liter four-cylinder engine delivers 200 horsepower and 207 pound-feet of torque, but the upgraded unit could add 10 more horses. The engine will be mated to a six-speed automatic transmission and standard front-wheel drive. The all-wheel drive comes as an option. The carmaker may also offer the 2018 Audi RS Q3 version, which will have a little bit more aggressive design and more powerful engine. As far as we know, the range-topping model should get a 2.5-liter unit that will be able to pump out 340 horsepower and 330 lb-ft of torque.

The 2018 Audi Q3 promises to be bigger and better, but this won’t change the price at all. The current model costs $33,700, while the new generation might start at around $34K.