The BMW X5 is a benchmark of mid-size crossover luxury. The SUV simply exudes modern and stylish features and handsome exterior styling. Besides that, the current model offers a plenty of great engine options, pretty solid off-road capabilities and amazing on-road manners. In a word, the SUV is a superb mid-size beast, maybe the best in the class. However, in order to stay in the top of the line, the manufacturer needs to constantly improve the car by newest innovations and better features. The third generation X5 came as an all-new model in 2012, got some updates last year, so there is a big possibility that the carmaker prepares a facelifted version, which is rumored to arrive sometime in 2017 as the 2018 BMW X5. After that, you can expect a completely redesigned model in 2019. 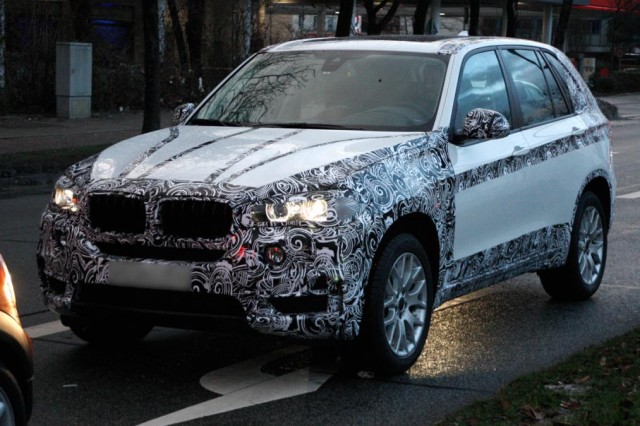 Judging by the rumors, the 2018 BMW X5 won’t receive big, essential changes, but still, it will get some interesting updates inside and out. The current exterior styling features lots of tweaks from the new X3, while the updates 2018 X5 should pick up the best cosmetic cues from the upcoming X7 SUV. However the X7’s influences won’t disturb X5’s identity and distinctive styling. More specifically, the exterior changes will be most obvious on the front end, which will likely get redesigned bumper and headlights, as well as some tweaks on the grille.

The updated version will likely maintain the current engine lineup, except it might get some upgrades and boosts. The 2018 BMW X5 will start with a familiar 3.0-liter twin-turbocharged in-line six-cylinder engine, which could have more than current 300 horsepower. The outstanding crossover will also continue with a diesel twin-turbocharged, 3.0-liter in-line six-cylinder mill, while the most powerful option should stay a twin-turbocharged 4.4-liter V-8, which spins off 445 horsepower and 480 lb-ft of torque at the moment. Since last year, the carmaker offers a plug-in hybrid version, which will definitely stay unchanged.

The facelifted model is still far away, so there is a big possibility of some other changes on the 2018 BMW X5. However, we are pretty sure that the updated crossover won’t change its current price, which now starts at around $53,900.