This isn’t the first time we see a pre-production prototype of the completely redesigned 2018 BMW X5, but it’s the first time we looked it into the eyes. As you can see, the prototype is showing us production headlights with really sharp-edged LED running lights. The shape is quite surprising because we expected to be pretty much the same as X7’s, but they are not. Instead, BMW’s mid-size SUV got the similar pieces as the new 5-Series sedan. 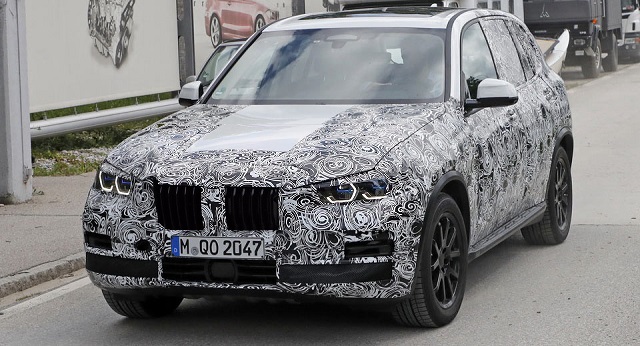 On the other hand, the rest of the exterior design strongly resembles its bigger sibling, the X7. In case you haven’t noticed, the 2018 BMW X5 sports X7’s grille and big air intakes at each corner. It’s pretty much the same story in around back. The SUV features an identical bumper with two integrated angular tailpipes. Of course, the X5 is smaller, so it gets a shorter roof, which is also lower, and this is what makes the new generation X5 more handsome from both new X7 and today’s mid-size SUV.

Although features more dynamic design than its bigger sibling, the next-generation BMW X5 will most likely get the same treatment inside. No, we haven’t managed to catch its new cab design yet, but it seems quite logical to expect the same large infotainment screen at the top of the center stack, as well as HVAC vents just a bit below. The X5 is probably the most important SUV from BMW, so we think the carmaker won’t be a nig with materials. No, the crossover should get the high-end treatment inside of the cabin. 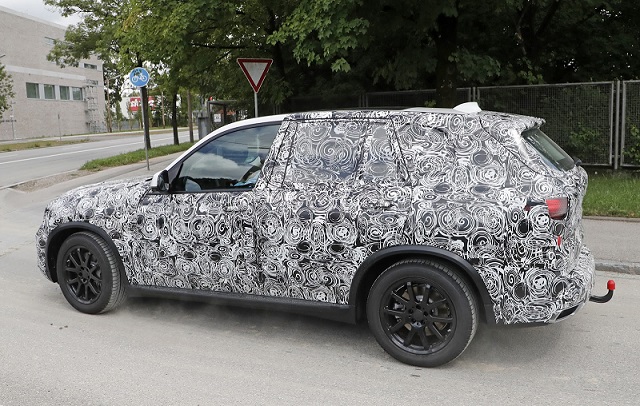 Beneath the skin, the 2018 BMW will get a new, so-called CLAR platform. The architecture will improve the rigidity of the SUV and will make it lighter at the same time. Plus, this way, the SUV gets a chance to offer a few additional powertrain options. Aside of new 4-, 6-, 8-cylinder mills, the high-riding vehicle will definitely offer a completely new plug-in hybrid powertrain. Of course, the most potent version will wear “M” badge and will use an amazing 4.4-liter V8 bitturbo.

Even though the Bavarian car manufacturer hasn’t announced anything at the moment, the 2018 X5 will most likely be introduced at this year’s Frankfurt Motor Show, which means we should have all information about the new-generation SUV in a month.