Chevrolet introduced the new generation Traverse at the 2017 Detroit auto show. The handsome crossover got the new platform and redesigned styling in and out, but not as impressive engine options as we hoped. 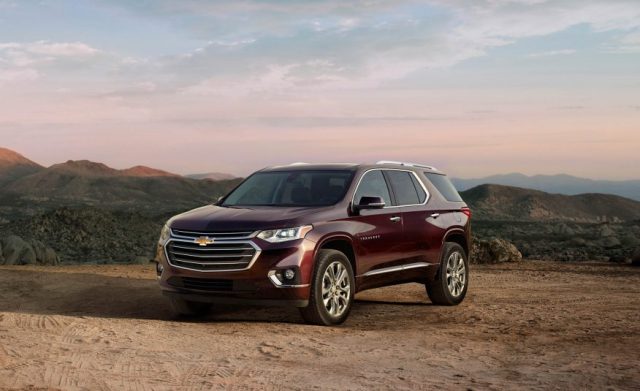 The 2018 Chevrolet Traverse will have seven trim levels. The RS model is getting a turbocharged 2.0-liter four-cylinder and comes paired with from wheel drive only. The engine delivers 255 horsepower and 290 pound-feet of twist. The SUV gets more torque than the V6 and a racier tuning suspension, so it might be a better option than the other six trims. Those options are using a 3.6-liter mill, but instead of Acadia’s 310 hp and 271 lb-ft, the 2018 Traverse will come with 305 horsepower and 260 lb-ft of torque. The engine will be mated to a new nine-speed automatic gearbox, while you will be able to choose between the front-wheel drive and all-wheel drive. They haven’t said anything about the fuel economy, but we are pretty sure it will surpass the current numbers. 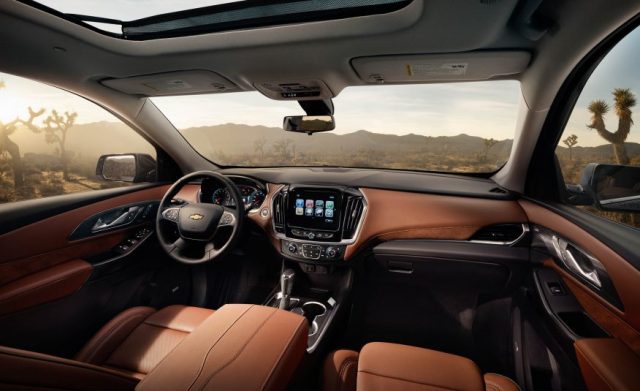 The new generation Traverse is notably larger, but it’s also lighter for around 350 pounds. This is due to the new C1XX platform that supports Cadillac XT5 and GMC Acadia. The SUV has two additional inches between the wheels, which will have a big influence on the second and third row of seating. The Traverse was the roomiest crossover in the segment already, so the new one will just entrench the first place. Of course, you will be able to choose between 7- and 8-passenger models. 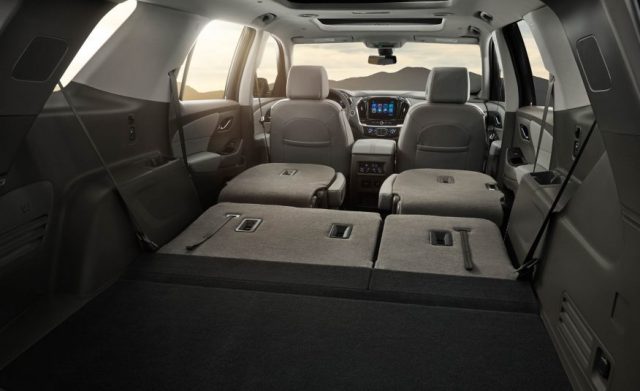 The carmaker added a new and quite a useful Traction Mode Select. The system enables the driver to adjust driving mode depending on road conditions. For AWD model, the feature increase efficiency by allowing the system to be completely disconnected from the rear axle. There is OnStar 4G LTE Wi-Fi hotspot available, while you can choose between 7.0- and 8.0-inch infotainment screens, both with Apple CarPlay and Android Auto. All there rows of seating have USB ports. The base model sports adaptive cruise control and automated emergency braking and 360-degree camera, so the safety should be on the highest level. 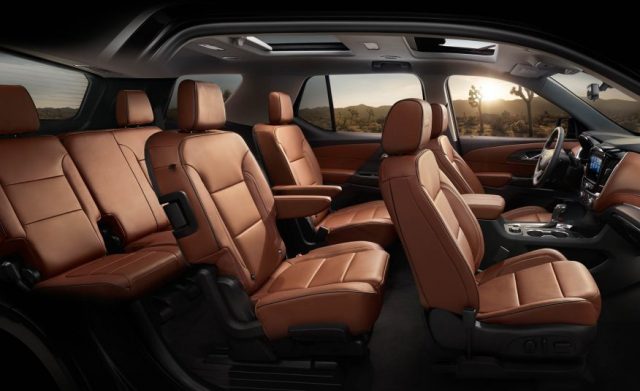 The completely redesigned 2018 Chevrolet Traverse will become available sometime later this year, so the carmaker won’t announce the actual pricing for another two months. Anyway, we don’t think that there will be any big changes, which means that the base price should stay below $30K.