If you look back just a few years in the past, you will realize that Dodge was one of the biggest names in pickup truck segment. However, that was before they lost Ram division. Today, the car manufacturer can’t really boast about anything similar because they don’t produce trucks at all. Well, judging by the latest rumors, the carmaker may bring back one nameplate pretty soon. Yes, some reports announced the arrival of the all-new 2018 Dodge Dakota. 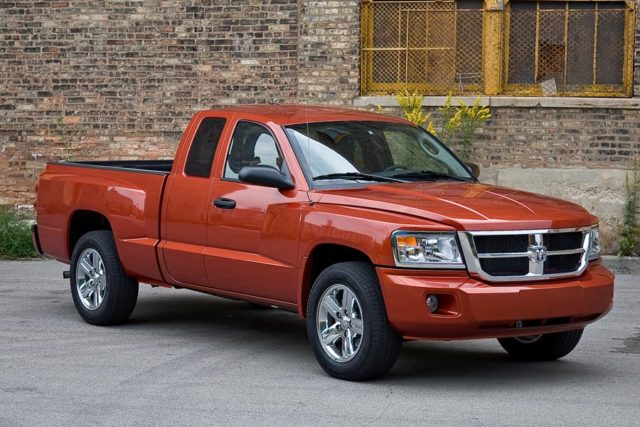 The pickup truck will reportedly be an answer on the Honda Ridgeline and Hyundai’s Santa Cruz. As they are unibody trucks with car characteristics, you can expect to see the similar 2018 Dakota. Even though we would rather see a tough off-roader, the carmaker will keep it on the road. After all, Ram is building its new generation 1500, so there is no need for any kind of sibling.

Although it’s coming without off-road abilities, the 2018 Dodge Dakota could be a really interesting option. The pickup will share the same architecture with the current Durango and Grand Cherokee. Plus, it’s going to feature Durango’s front-end styling. The pickup should get an impressive and comfortable cabin. This is the key feature of every unibody truck, so we expect nothing less from the perfect interior, cozy seats, and plenty of gadgets.

The Honda Ridgeline comes with a single engine that delivers 280 horsepower. The 3.5-liter engine is pretty good, but it can’t really match with a 3.6-liter Pentastar, which will be the base option of the 2018 Dodge Dakota. The iconic V6 mill produces 295 horsepower and 260 lb-ft of torque, so it suits perfectly for this kind of vehicle. However, in contrast to Honda’s single engine truck, Dodge will definitely offer one more option under the hood of its pickup. That should be an all-new four-cylinder engine. The 2.0-liter unit is called Hurricane and it’s capable of delivering up to 300 ponies. Of course, both engines will be paired with an eight-speed automatic transmission.

The pickup truck is reportedly a done deal, so it should be ready pretty soon. Moreover, the 2018 Dakota will make its debut early next year at 2018 Detroit auto show. The official price is unknown at the moment, but let say it will start north from $30K.