Ford’s full-size Expedition SUV is one of the oldest models currently available. The last major makeover happened in 2006 and since then the vehicle received just some small cosmetic tweaks. However, regardless the fact that it’s largely outdated, the large high-riding car achieves good sale numbers for years. The arrival of the new generation model has been in Ford’s plans since they introduced the all-new F-150 pickup truck, which is rather expected because these two are basically the twins. Today, the car manufacturer previewed the completely redesigned 2018 Ford Expedition. We must say that the new SUV doesn’t look as “sweet and sexy” as today’s SUVs, but it gets better features from most of the rivals without any doubt. 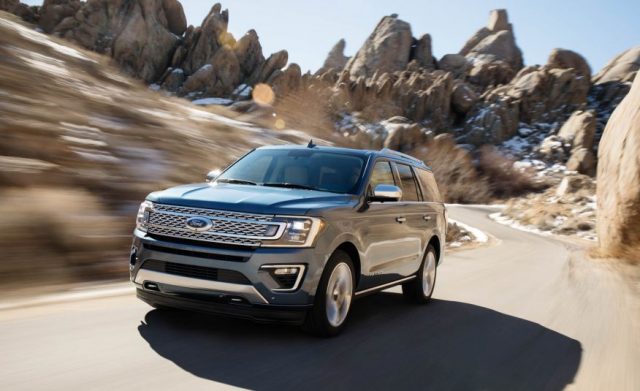 About 300 Pounds Less and 4 Inches More

The 2018 Expedition will share an aluminum-intensive architecture with the F-150, so it’s getting pretty much the same weight reduction as the pickup. According to Ford, the redesigned full-size SUV will be around 300 pounds lighter from today’s model. This wouldn’t be so strange at all, but the new version is also significantly bigger. Yes, the 2018 Ford Expedition gets four additional inches between the wheels, which will definitely have a big influence on the interior. 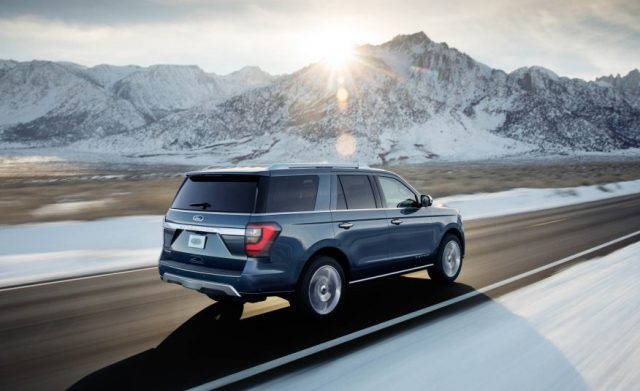 Speaking of which, the cab isn’t just a fine piece of furniture, but an impressive place loaded with Ford’s latest technologies. The SUV now offers Sync 3 infotainment with Sync Connect system that includes Apple CarPlay and Android Auto capabilities and a range of other options. For instance, there will be an available Wi-Fi hotspot with a 50-foot range and wireless device charging and wireless device charging. The carmaker hasn’t missed the chance to increase the number of USB ports as well. There are 6 ports (two per each row). The SUV also features four 12-volt outlets, an 110-volt plug, while the 12-speaker Bang & Olufsen audio system, rear-seat entertainment system, and a panoramic sunroof are optional. 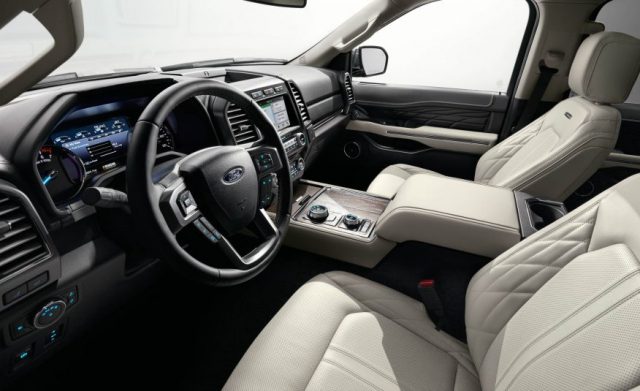 The 2018 Ford Expedition will come with a single option under the hood. The carmaker will keep the twin-turbocharged 3.5-liter V-6, but in place of current 365 hp and 420 lb-ft, the updated EcoBoost mill should be able to deliver 375 horsepower and 470 pound-feet of twist. The powertrain will is additionally improved with a new transmission. Yes, Ford’s full-size SUV has finally dismissed the sluggish six-speed auto in favor of a new 10-speed automatic transmission. 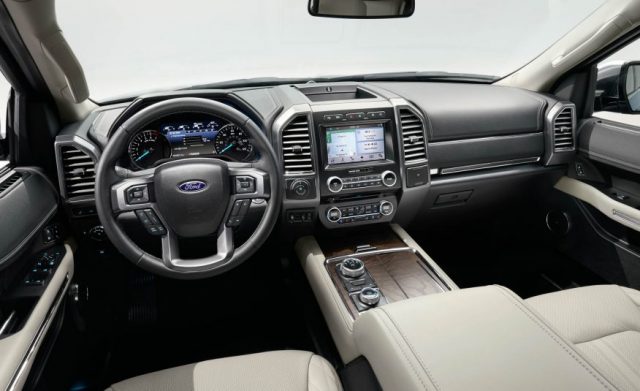 Ford will continue to offer the 2018 Expedition in three trim levels. No matter you choose the regular or long-wheelbase model, there will be XLT, Limited, and Platinum available. The truck-based large SUV will be introduced tomorrow at the 2017 Chicago Auto Show, but it won’t hit the showrooms before fall. The carmaker hasn’t said anything regarding the price, but we think that the base model might start a bit below $50K, while the topping version should cost a bit over $70K.