It’s official now. The 2018 Ford F-150 is definitely coming refreshed in this year. The carmaker will introduce the pickup at North American International Auto Show press conference on Monday morning, while the sale begins in fall. The official photos show pretty much everything that we predicted in the past several months. 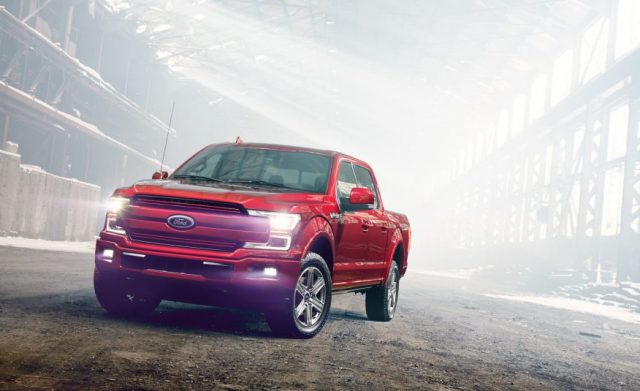 The refreshed exterior really resembles the Super Duty. More precisely, the smaller brother stole the front end, so it features a twin grille bars on the Lariat trim. The headlights have evolved as well, so now look more elongated and aggressive. In the rear, world’s bestselling pickup truck features an updated and sculpted tailgate with F-150 logo, and totally redesigned taillights. F-150’s King Ranch, Platinum, and Limited trims will look even better because of the appliqué covers on the tailgate. The wheels will continue in the range from 17 to 22 inches, but the new six-wheel-design makes the 2018 Ford F-150 additionally interesting. 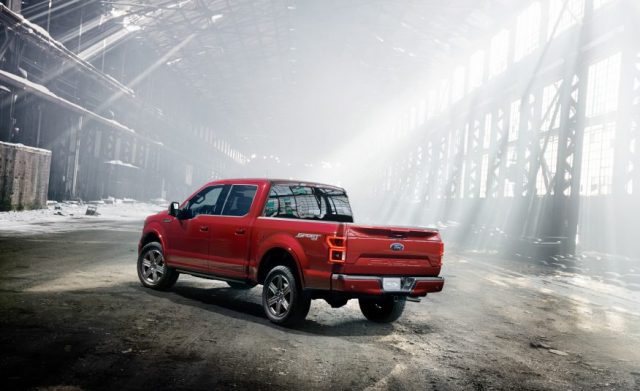 Inside, the refreshed truck gets two completely new trim colors for the seats. More precisely, the Platinum sports a Dark Marsala hue option, while the Limited model gets the amazing Navy Pier color. Ford boosted the tech as well, so the 2018 F-150 now features an enhanced adaptive cruise control with stop-and-go tech. The system has a new pre-collision-assist system that includes pedestrian detection, while the new 4G LTE Wi-Fi hotspot allows a connection up to 10 devices. 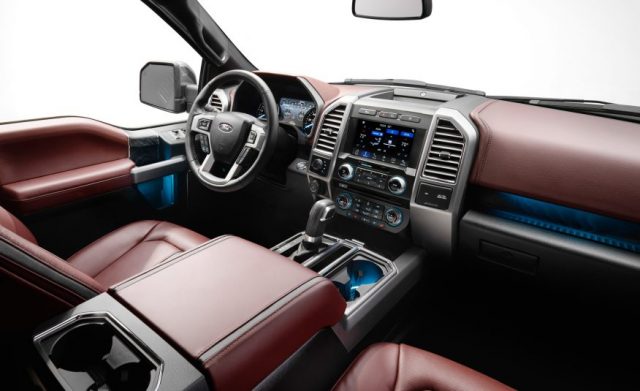 Ford hasn’t released anything official regarding the engines, but we managed to found out all the details. According to information we have, the 2018 Ford F-150 will replace the current 3.5-liter V-6 with a new direct-injected 3.3-liter V-6 unit. The new mill will be able to release pretty much the same output as the outgoing engine, but it will spend less fuel while it’s doing it. Unofficially, the drivetrain will produce up to 282 horsepower and 253 lb-ft of torque. As for the 2.7-liter EcoBoost V-6, well our insider say that the 2018 Ford F-150 could get a second generation version. In contrast to the current one, which features a direct injection, the new one will get a port- and direct-injection technology, so except higher output figures, the engine will deliver better MPG numbers as well. The 3.5-liter EcoBoost won’t get anything new, while the 5.0-liter V-8 might come upgraded. 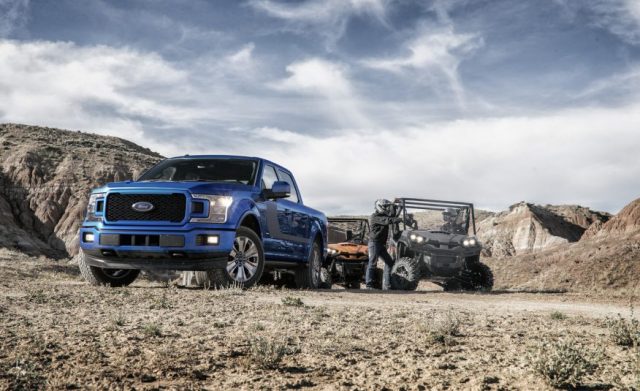 However, the biggest news for the 2018 F-150 is a diesel engine. The carmaker is still silent about it, but we know it will be offered. Now, Ford will either offer either a 3.0-liter Lion turbo-diesel V-6 or a new turbocharged 3.0-liter Power Stroke diesel V-6. In any case, the oil-burner should deliver better fuel economy than the Ram 1500 EcoDiesel. Of course, the pickup truck will get an optional 10-speed automatic transmission.