This isn’t the first time we caught a prototype of the refreshed 2018 Ford F-150, but it’s the first time we clearly see what’s changed because the American bestselling pickup truck features very thin camouflage. This may be the last time we see the vehicle hidden. Judging by the latest reports, the car manufacturer should introduce it at the upcoming 2017 Detroit auto show. 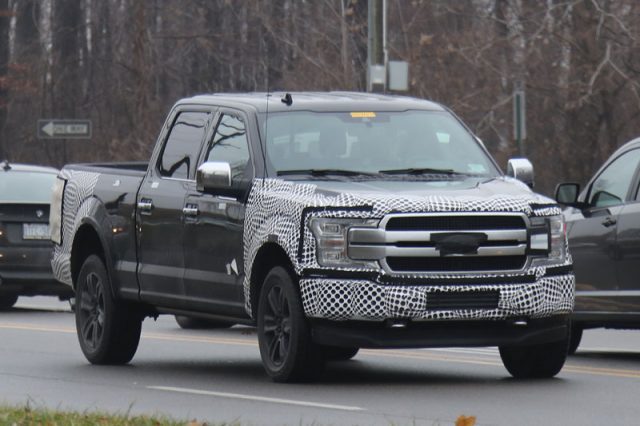 The exterior changes are mostly cosmetic and without any essential differences. The most evident change is the all-new and very handsome two-slat grille. Still, the carmaker will probably continue with grille differentiation between other trim levels, so this is just one variant. The second “big” change is the redesigned headlights. As you may notice, they are slimmer and prolonged toward the middle. The mid-cycle facelift brings the new and more pronounced front bumper. Around back, the camouflage still does the job, because we can figure out the changes. Still, it appears that the 2018 F-150 is getting a smoother tailgate and totally redesigned taillights. 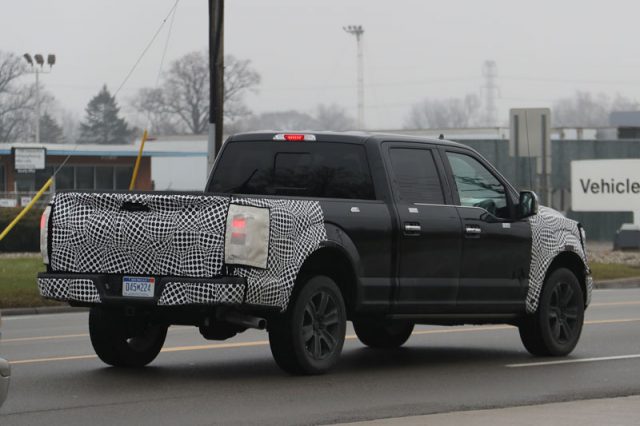 If the updated 2018 Ford F-150 actually comes at the 2017 NAIAS, you can also expect a number of useful improvements under the hood. The people from Blue Oval are very determined to win in the ”fuel economy battle”, so the truck is definitely getting a diesel engine that can compete against Ram’s 3.0-liter Ecodiesel. We already wrote about Jaguar-Land Rover’s ultra-efficient 3.0-liter Lion engine, which will likely power the 2018 F-150 Diesel. In addition, the pickup will get revised Ecoboost V6 engine, but not rumored hybrid. More precisely, the hybrid model won’t be introduced before 2019. On the other hand, Ford will definitely add a new 10-speed automatic transmission, but only as an option.

Like we said, the refreshed 2018 Ford F-150 will appear at the North American International Auto Show in Detroit next week, so stay tuned for updates.