Honda’s new generation CR-V crossover is getting ready to offer a hybrid powertrain in North America, but you probably know that already. What you don’t know for sure is that the Japanese car manufacturer has decided to unveil the three-row seven-seat model for the first time. Still, the 2018 Honda CR-V 3-row won’t come in the United States anytime soon. No, this specific seven-seat model will be offered just in Indonesia. 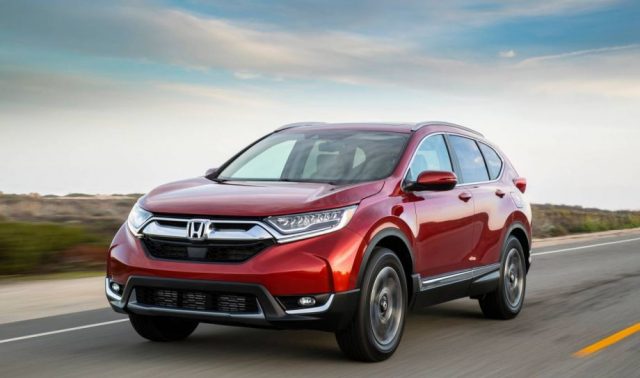 We can’t say we are sorry because the 2018 Honda CR-V 3-row won’t be a part of the US lineup, simply because it’s not good at all. The carmaker decided to keep the dimensions unchanged, so the third row of seating is crammed into the trunk. The current length of 180 inches and the wheelbase of 105 inches don’t sound promising, yet we should wait to see it from the inside. Perhaps it’s not as bad as we think. In any case, it should be a far better option from the smaller BR-V, which also offers seven seats and three rows.

As we have heard, the 2018 Honda CR-V 3-row won’t get a hybrid powertrain anytime soon. Instead, the crossover will be offered with two gasoline options. The buyers will be able to pick between a 2.4-liter inline-4 that delivers 184 horsepower and a 1.5-liter turbocharged inline-4, which is capable of producing 190 hp. Of course, both options will be paired with CVT.

Our insider claims that Indonesia won’t be the only market where the carmaker plans to sell the 3-row Honda CR-V. A little bit later, most likely this July, the seven-seat crossover will hit the Australian showrooms as well.