Hyundai is definitely building an all-new crossover. Judging by the proportions of the testing model, you are looking into the subcompact high-riding vehicle, which will likely attack Nissan’s Juke and the Mazda CX-3. Now, except we have a few spy shots, there is nothing official about it. The carmaker is still silent about the name of the car, but since it appears to feature pretty similar styling as the impressive Intrado concept, it might be named just like that. According to the latest reports, the 2018 Hyundai Intrado (or whatever it will be called) will be ready next year, possibly in the second quarter. 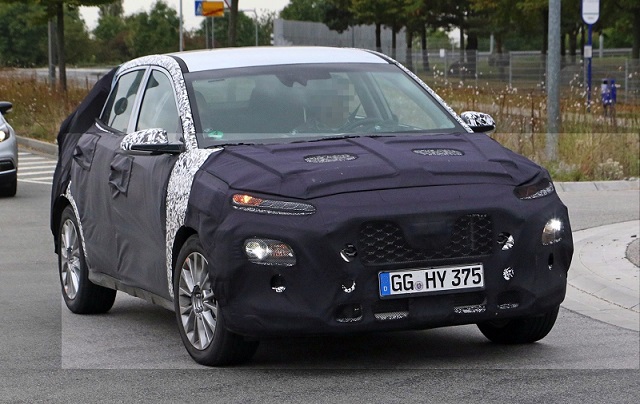 The styling of the upcoming crossover is still heavily camouflaged, but it delivers some rather familiar styling cues. The front end looks rather aggressive and a little bit like the Juke. There is short, yet streamlined hood and quite interesting slim headlights. Both, the grille and bumper will be borrowed from the concept version, while the rear end gets a bit different lines, which are more Tucson-like. Inside, the 2018 Intrado seems to feature exactly the same design as the new i30 model. There is a standard infotainment system with touchscreen, as well as Apple CarPlay and Android Auto. We haven’t seen the upholstery yet, but we are expecting some two-tone, soft-touch materials, and perhaps the interesting contrast stitching. 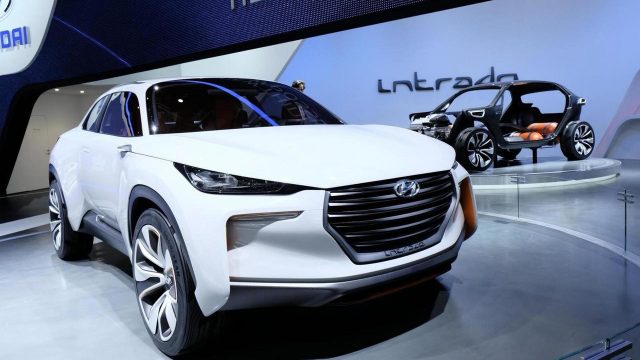 Except it will have pretty the same interior as the i30, the new crossover will also borrow the underpinning from the hatchback. This further means it will use almost the same engine options. The base model will use a 1.0-liter turbo, which will produce around 120 PS. The range-topping model will sport a 1.4 T-GDI four-banger with 140 PS and 242 Nm. Some markets will get an oil-burner engine, which would be a 1.4-liter turbo diesel with 90 PS. Hyundai’s new subcompact crossover will use a standard FWD and optional AWD setup.