Hyundai has pretty high expectations from its all-new Kona crossover and judging by our first impressions, their hopes are legitimate without any doubt. Aside it looks really gorgeous from the outside the subcompact also features a cab layout, d pretty solid engines. Plus, the Korean car manufacturer promises an all-electric powertrain in the coming years. Even though it’s still too early to say is the 2018 Hyundai Kona better option than the fast-selling Nissan Juke or Toyota’s all-new C-HR crossover, it’s pretty clear that the high-riding car won’t be an outsider as well. 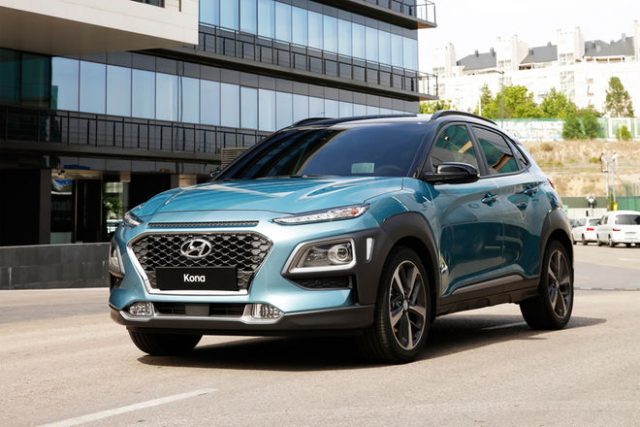 This is under the hood

According to the carmaker, the 2018 Kona will get several options under the hood. In Europe the subcompact will be offered with a 1.0-liter turbocharged three-cylinder engine and a 1.6-liter diesel mill. Both options will come paired with a six-speed manual transmission.

The U.S.-specs Kona will use more potent options. There will be a 1.6-liter turbo-4 with 175 horsepower and 196 pound-feet of twist, as well as a 2.0-liter Atkinson engine, which is capable of delivering 147 horsepower and 132 pound-feet of torque. The more potent 1.6-liter turbo is paired with a seven-speed dual-clutch transmission, while the inline-4 engine comes in pair with a six-speed automatic gearbox. Both options will have a standard front- and an optional all-wheel drive. 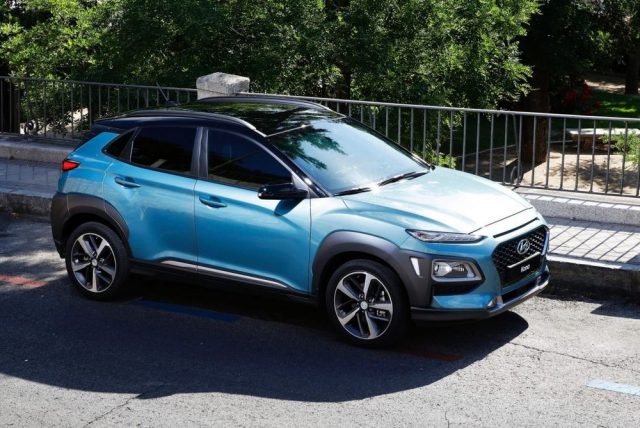 As we said, the Korean carmaker will add the Hyundai Kona EV in the near future. They haven’t announced the exact date, yet it should become available sometime next year. The all-electric crossover will reportedly be able to cross at least 242 miles on a single charging, which is better from Bolt’s 238 miles. 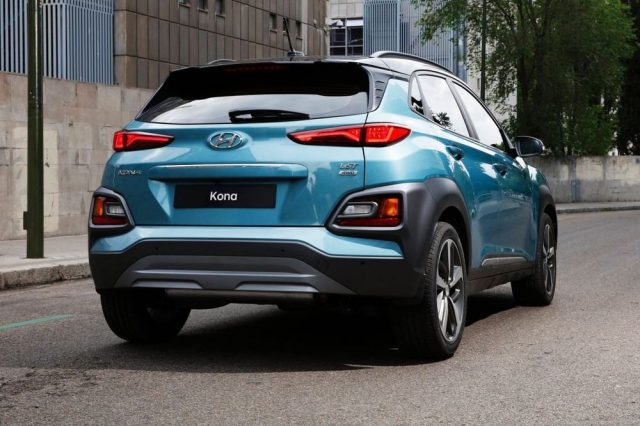 We are not some big fans of subcompact crossover category at all, but in case the carmakers organize some beauty contest, the 2018 Hyundai Kona will get our voice without any doubt. The high-riding vehicle looks funky enough to attract younger buyers, but not too unsuitable for older drivers. Moreover, we are pretty sure that we would see most of the styling cues on other Hyundai’s crossovers pretty soon. Kona’s front-end styling sports a dynamic hood along with attractive cascading grille. Plus, there is a pair, or better to say a quartet of lights in the front. Yes, the carmaker enhanced the design with daytime running lights at the top and main projectors below (both LEDs), so the crossover looks meaner and almost alive.

This two-color arrangement with a different paint for the roof isn’t something we haven’t seen so far, but it looks really great here. Moreover, it looks even better with stubby roof pillars, which are becoming an indispensable part of every new generation crossover. We can’t skip of mentioning Kona’s side that looks pretty attractive due to sculpted doors, or the rear hatch with its ingenious slim taillights. 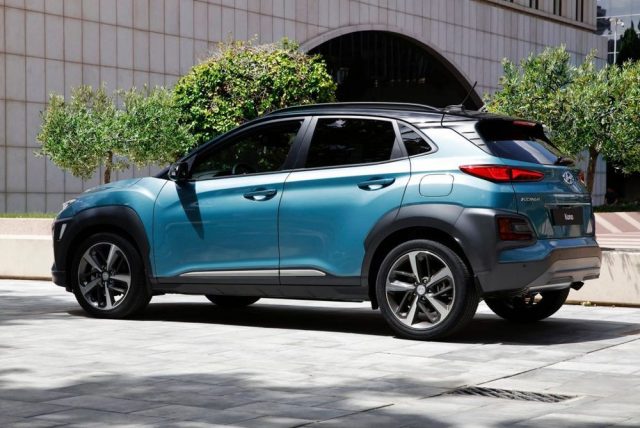 According to Hyundai, the 2018 Kona is 164.0 inches long, 70.9 inches wide, 61.0 inches tall, and rides on a 102.4-inch wheelbase. You have to admit that the crossover looks bigger than that, but this is because of its massive cues and short overhangs. However, the dimensions provide plenty inside. Well, okay you won’t get a bit trunk, yet both front and rear-seat passengers will have plenty of space. The cab looks pretty simple, but it provides everything you need and even more. The dashboard sports a floating screen that’s in charge for infotainment system. Still, you will be able to choose between 5-, 7-, and 8-inch touchscreen layout. There is even a head-up display and Apple CarPlay and Android Auto connectivity. Of course, you can enhance your 2018 Hyundai Kona with a number of optional features such as navigation, a rearview camera, smartphone wireless charging, Bluetooth with audio streaming, and HD and satellite radio. 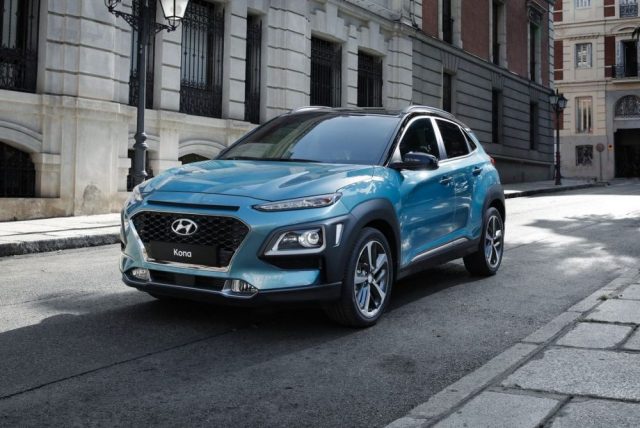 Hyundai hasn’t announced any pricing information yet, but we can bet that the base U.S.-specs 2018 Hyundai Kona will cost around $20K. As for the EV, it will be significantly more expensive, so don’t expect anything less from $35K.