Nissan’s topping SUV from Infiniti has been previewed ahead of the official debut in Dubai. The flagship has received an extensive facelift, but we were expecting a little bit more from the update. The new 2018 Infiniti QX80 looks pretty good, better from the current model, but that’s pretty much everything because the “pretty face” still uses the old body-on-frame platform and the same V8 engine. Don’t get us wrong, both the architecture and engine are good, but today’s model has been introduced seven years ago, so we’ve expected more from the 2018 model. 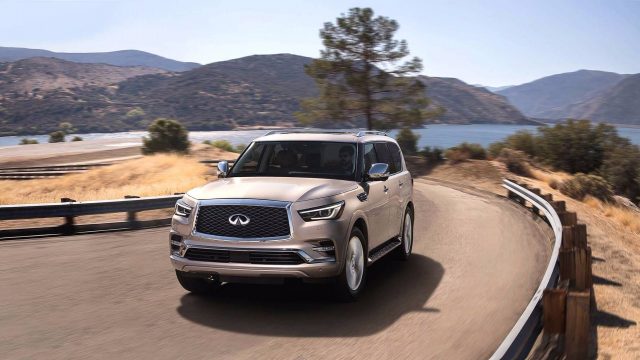 The new exterior features most of the changes in the ends. The face has been embellished with a new grille, which is definitely borrowed from the Q60 Coupe. All the way up the manufacturer placed the amazing pair of headlamps. This move is a jackpot because thus the SUV looks far more attractive. At the very bottom, the vehicle features a redesigned bumper with a larger air intake. Still, this is pretty much everything regarding the front end. The rear hatch hosts a new, more attractive tailgate and taillights, as well as a redesigned bumper and restyled side vents. The refreshed QX80 features the same profile and just a bit reworked shoulders. However, the only true change on sides is redesigned wheel patterns and different tires. 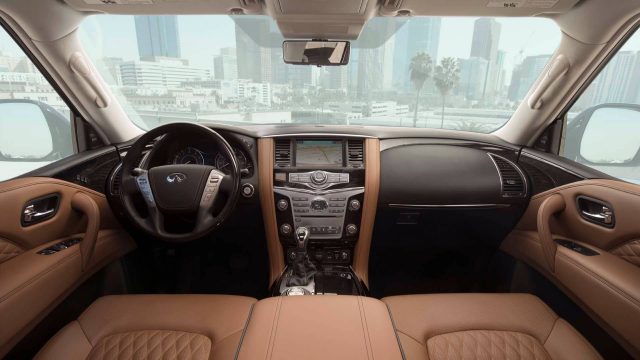 Speaking of tires, we have to mention that the change has nothing with beauty. No, the new tires serve to reduce vibrations and noise inside of the cabin. The carmaker has added a new insulation on the door panels and behind the dashboard, so the noise should be dramatically reduced. Aside it’s going to be a “deaf room” the cabin will also hose some changes. Infiniti has decided to introduce new stitching patterns on door panels and seats, as well as several amazing upholstery options. They’ve also redesigned cupholders and device storage areas, while the rear-seat entertainment screens became larger for an inch. 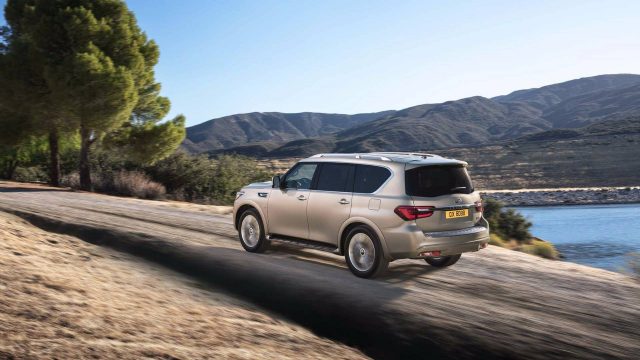 Like we said earlier, the 2018 Infiniti QX80 will continue to use a 5.6-liter V-8. The engine delivers 400 horsepower and 413 lb-ft of torque. The power runs either to rear wheel only or to all four wheels via a seven-speed automatic transmission. We’ve almost forgotten to say that the potential buyers will still be able to choose between 20- and 22-inch wheels. 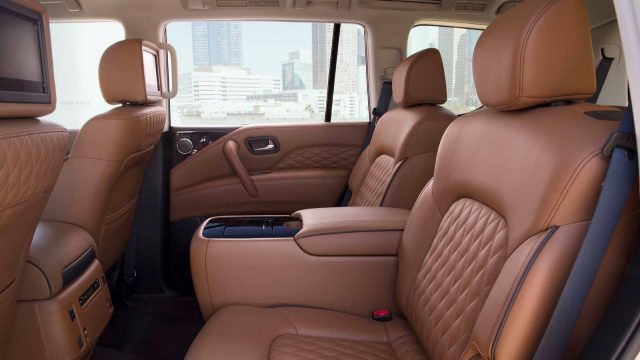 The refreshed 2018 QX80 will appear in North America shortly after the Dubai auto show. More precisely, it’s going to be introduced at the 2018 Los Angeles auto show. According to Infiniti, the SUV will hit the dealerships this December, so we should have pricing information in the coming days.