Well, it appears that we were right once again. As we announced earlier, the amazing F-Pace SUV is getting the high-performance version very soon. The British car manufacturer started road testing, which means that it won’t pass too much time before we see the 2018 Jaguar F-Pace SVR in showrooms. This was pretty expected move because the regular model is currently selling like hotcakes, so the range-topper can’t be a failure. 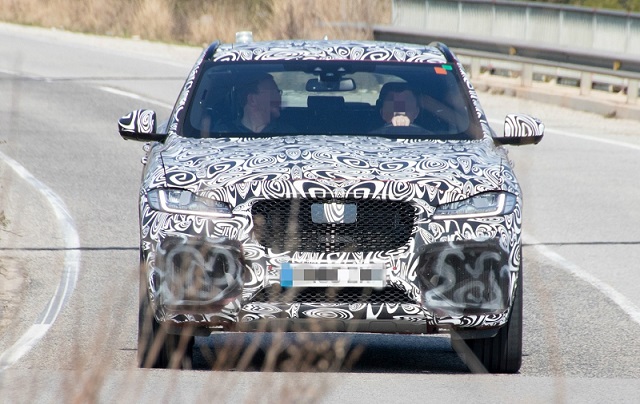 The camouflaged prototype seems to be in the final phase of development. It’s still completely wrapped, but we can anticipate what’s beneath. The SVR model appears to have certain styling upgrades, but nothing big. It includes new badges and likely bigger vents for better cooling. Of course, the new wheels will be equipped with significantly larger brakes, while the carmaker might add a little bit stiffer suspension as well. Around back, the cool SUV will feature new quad exhaust tips. 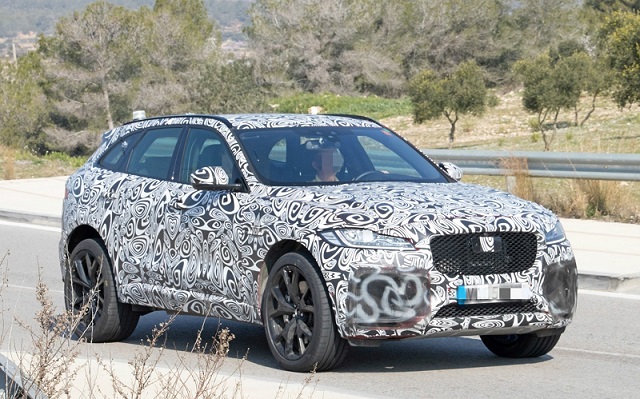 Today’s most powerful F-Pace S model uses a supercharged V6 with 380 horsepower. The SVR version will easily surpass this with its ultra-mighty V8 mill. Jaguar’s 5.0-liter engine is capable of delivering up to 550 ponies, yet we are pretty sure that the 2018 Jaguar F-Pace SVR won’t use all this potential. Instead, the carmaker could enable around 500 hp. 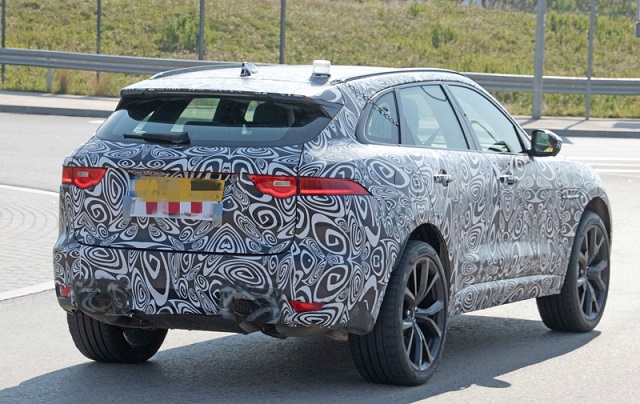 The 2018 F-pace SVR will compete against Alfa’s Stelvio Quadrifoglio and the Porsche Macan Turbo. This 500 horsepower strong engine will likely make it faster from the rivals. Porsche’s baby SUV currently hits about 4.4 seconds of 0-60 sprint, but Jaguar’s next topping crossover could be closer to 4.0 seconds. If this happens, then the F-Pace SVR might easily become the fastest luxury compact crossover.