The new generation Jaguar XF Sportbrake has managed to skip the official debut at this year Paris Motor Show, so it’s pretty clear that the amazing wagon is coming at the upcoming Frankfurt auto show. Moreover, we just spotted one more testing vehicle on the Nurburgring in Germany, yet with some new details. 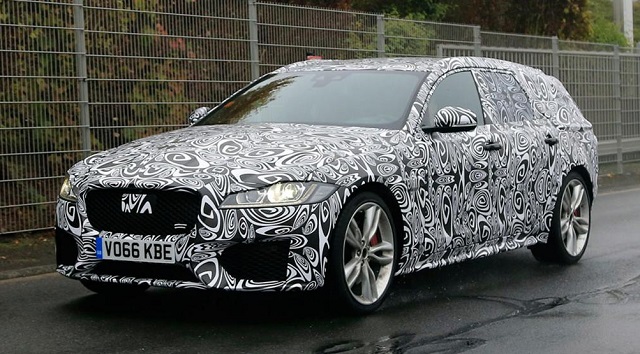 Until now, we were pretty confident that the 2018 Jaguar XF Sportbrake gets only 2.0-liter four-cylinder engine, which will be available in both gasoline and diesel variant. Today, we have found out that there will be a 3.0-liter supercharged V6 as well. The impressive mill will deliver around 380 horsepower. Quite impressive, isn’t it? Well, yes it is, but it won’t power the range-topping model. According to the British car manufacturer, we will see a successor of the XFR-S Sportbrake. The powerful vehicle will be named the 2018 Jaguar XF SVR Sportbrake, and will come fitted to an impressive supercharged 5.0-liter V-8 that is going to produce around 575 horsepower. Yes, it’s the same one that powers the new F-Type SVR. 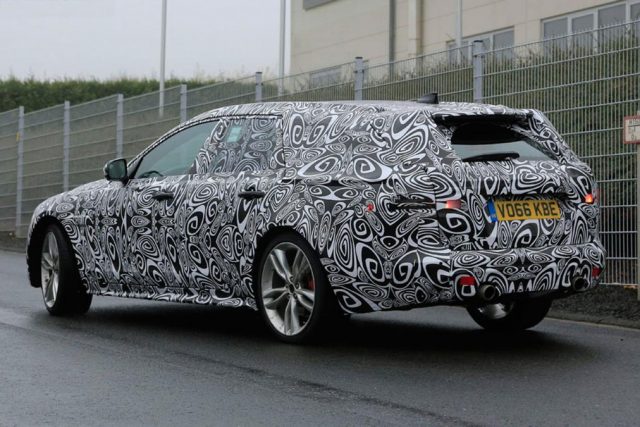 What’s Below That Camo?

The new testing model is still heavily camouflaged, but there are some pretty interesting differences between this one, and one that the automaker released ahead of this year Paris Motor Show. The front end sports a new grille and notably bigger air intakes, while the new and large alloy wheels now have red-painted brake calipers. Around back, the interesting wagon doesn’t reveals anything new at all. The prototype features exactly the same rear hatch as before, which isn’t bad at all. Still, we think that they are trying to hide the new shape until the official debut. In any case, we are pretty sure that the 2018 Jaguar XF Sportbrake will look quite charming as always. 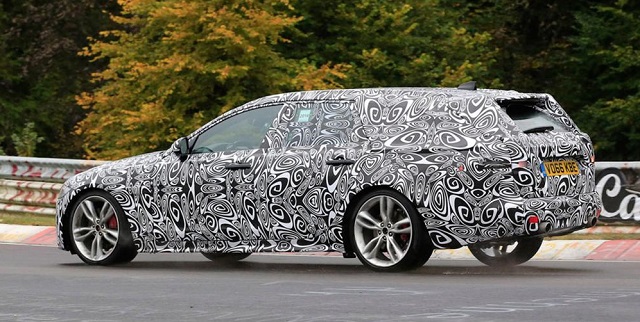 Like we already said, the new generation XF Sportbrake will be introduced at the upcoming Frankfurt Motor Show. However, since the automaker plans to introduce the US model, we expect to see it at the 2017 Detroit Motor Show as well.