The guys from Trucktrend.com got some photos of the redesigned 2018 Jeep Wrangler JL Unlimited. The off-roader is still camouflaged, but the thin vinyl camo doesn’t hide anything at all. The prototype of the new generation iconic SUV has been spied near Jeep’s headquarters while it was checking out its new abilities ahead of the official debut. As we announced earlier, the vehicle will be introduced this November at the 2017 Los Angeles auto show. 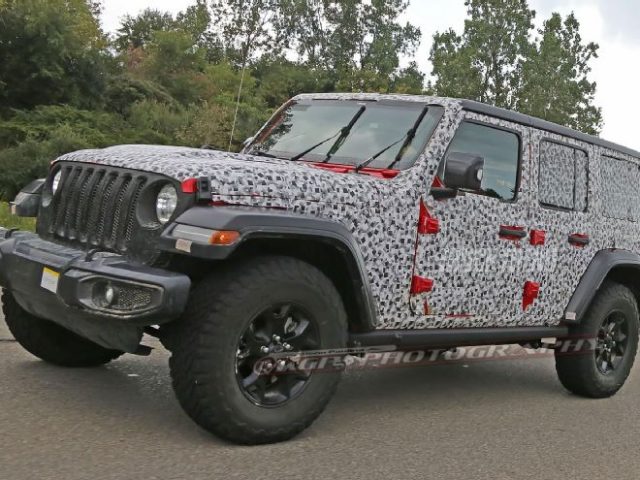 As you can see, the production-ready prototype doesn’t hide its front end at all. There is a pair of traditional round headlights that cut out last slats of the grille. The new grille features the usual seven-slat design with a mesh under. In contrast to the unchanged details, the 2018 Jeep Wrangler JL Unlimited sports completely different fenders. In contrast to former blocky design, the new fenders are somehow more aerodynamic. In addition, the SUV features redesigned turn signals and taillights, which appear to be LED-treated. Even though it’s quite obvious that the new generation Wrangler won’t leave its distinctive boxy design, we have to point out that the prototype has a bit more dynamic profile, so it should feature a bit better efficiency. There are visible hinges on the doors, which indicate they will be removable. 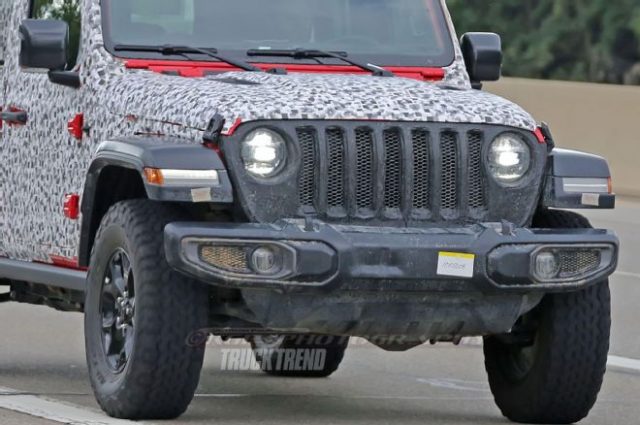 The open-air capability won’t be the only capability of the 2018 Jeep Wrangler JL Unlimited. No, aside it features a new design and lightweight platform, the off-road SUV will also host new engines. We mentioned several times before what’s going on beneath the hood. The 2018 Wrangler will use every available source of power that the carmaker owns at the moment. Aside from an all-new 2.0-liter turbo Hurricane and V6 gasoline mills, the vehicle will also use a 3.0-liter EcoDiesel. Plus, the carmaker will introduce a hybrid variant in a year, which will combine an electric motor and the V6. 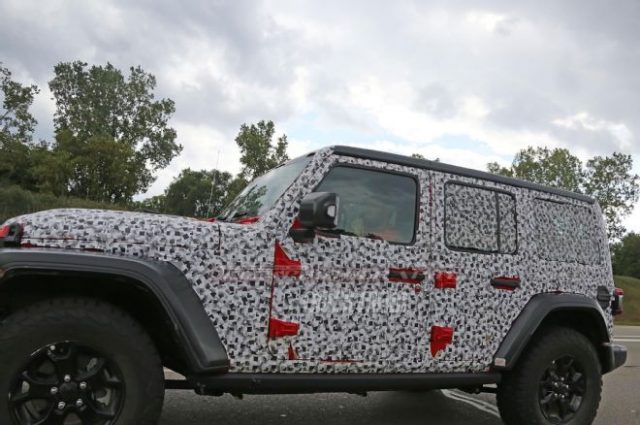