The rumors about new generation Jeep Wrangler are floating for years, and since everyone expect to see one amazing SUV that will surpass the current model and all the competition, the carmaker must make something outstanding. Judging by the first spy photos, the 2018 Jeep Wrangler should stay close to its roots, but it will also receive some brilliant changes at the same time. 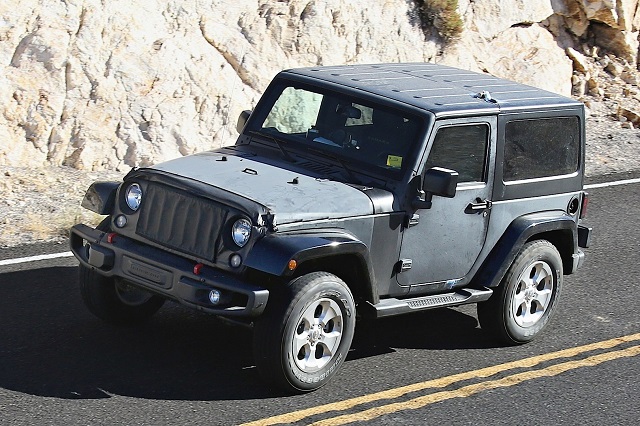 Actually, this prototype definitely uses the body of the current generation, so we have no clue in which direction could go the redesign. The only detail that is obvious is that the off-road SUV definitely prepares some new and bigger measures. The 2018 Wrangler will feature a longer wheelbase, but the manufactures will try to keep the short front and rear overhangs, which are distinctive parts of every Wrangler. And except of more powerful exterior, the bigger SUV will also get an additional space inside. Speaking of the interior, here the manufacturer plans to bring some revolutionary changes, and on the other hand, the exterior will be different than now, but again, it will keep its rugged lines.

And while we still have no detail about the future design, we have some rather interesting details that regard Wrangler’s new drivetrain options. Namely, the 2018 Jeep Wrangler will definitely receive a diesel unit for the US market, and the only thing we can think of and what is good enough is a 3.0-liter EcoDiesel V-6. The amazing engine could make the next-generation Wrangler very capable and at the same time pretty fuel-effective. As you probably know, the Ram 1500 uses this engine, so if the Wrangler gets all 420 lb-ft, you can expect true miracles. Of course, the new SUV will also offer a gasoline model, most likely with an updated Pentastar engine, which should get five more horsepower and certain advanced systems. The rumors go so far that there is the information about hybrid setup as well. We have no further details, but this would be quite interesting option. In any case, the 2018 Wrangler will be use a six-speed manual or optional eight-speed auto transmission.

The newest headlines suggest that the new generation body-of-frame SUV should come in July 2017, so there is plenty of time for more details about the outstanding off-roader. 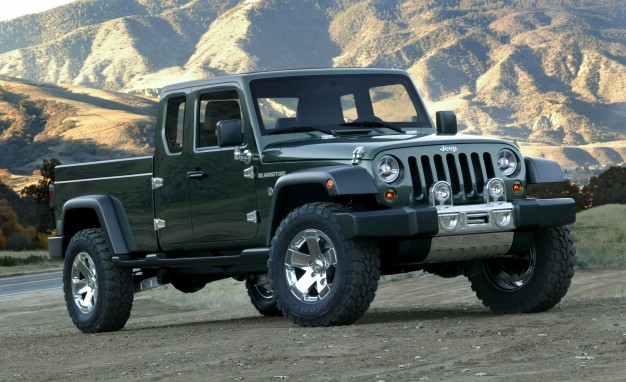 Updated 01/13/2016: Fiat’s CEO Sergio Marchionne confirmed at the 2016 Detroit Auto Show that the new generation Wrangler is finally reaching the production in late 2017, while the manufacturer also works on the pickup variant of the rugged off-roader. However, the new model won’t be introduced before 2019,so you can expect to see the first ever 2020 Jeep Wrangler pickup truck.

Updated 01/29/2016:We already said that the next-generation Jeep Wrangler could get a hybrid drivetrain, and right now, we have the official confirmation. The car manufacturer will do everything to improve the current fuel economy numbers, so in addition to already announced diesel engines, the rugged off-roader will definitely receive some kind of hybridization too. The SUV will for a start get a hybrid setup with brake energy regeneration system, while a true Wrangler hybrid with an electric motor on its axle might wait a few more years.