We managed to catch a number of four-door Wranglers over the year, yet never the smaller two-door model. Today, we spotted a prototype of the 2018 Jeep Wrangler Two-Door while it’s doing final testing ahead of its official debut. 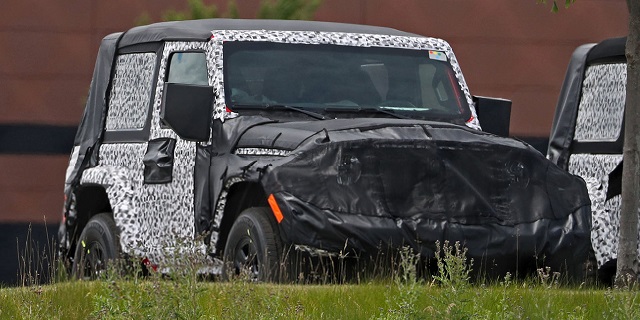 The interesting prototype is still completely covered, but we have a pretty decent look at what’s coming. The heavily covered front end seems to be significantly longer from predecessor’s, but the grille will keep a “seven-slat”, while the headlights should keep the distinctive round shape. On the other hand, the new front bumper appears to be longer and more massive, similar to the Recon. The biggest exterior change is definitely a windshield’s rake, which is a bit steeper, so the new generation SUV should improve aerodynamics. Essentially, the 2018 Jeep Wrangler Two-Door will look exactly like the four-door model, except it will feature shorter wheelbase and will be offered in both soft and hard-top styles.

The biggest change for the next generation Wrangler will be the usage of aluminum, but this won’t be as drastic as some reports indicate. No, the iconic SUV will be mostly made of steel and will continue to feature really impressive off-road abilities. However, this time the 2018 Jeep Wrangler Two-Door will offer pretty impressive performance and fuel economy, thanks to booth lighter bodywork and new engines. We announced already that the producer prepares an all-new 2.0-liter Hurricane with 300 horsepower. However, that’s not all. The carmaker also prepares a diesel model with a 3.0-liter Ecodiesel, which will feature class-leading fuel economy without any doubt. In addition, some reports indicate that they may also introduce the 2018 Jeep Wrangler Hybrid as well. We sincerely doubt that the option is ready, but you never know. 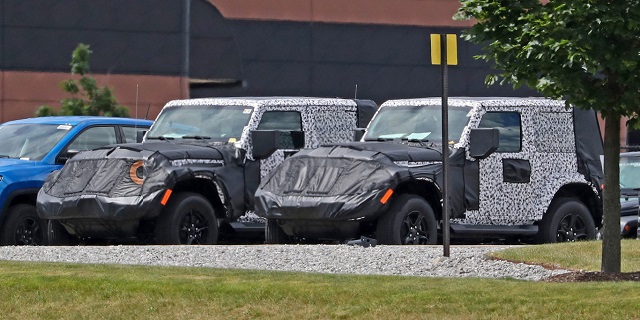 After all, the 2017 Los Angeles auto show is approaching, so we will found out everything about the iconic SUV pretty soon.