Snowy Swedish kingdom seems like the best place for winter testing. We saw a bunch of new cars in the Scandinavian region over this winter, and yet, but we didn’t spot any Kia’s new product until now. This time we caught a prototype that looks like it will be the refreshed 2018 Kia Sorento SUV. This mid-sized crossover is pretty came as the all-new model in 2014, so we haven’t expect anything new until 2019. However, the Korean carmaker thinks otherwise and prepares an updated model for the next year. 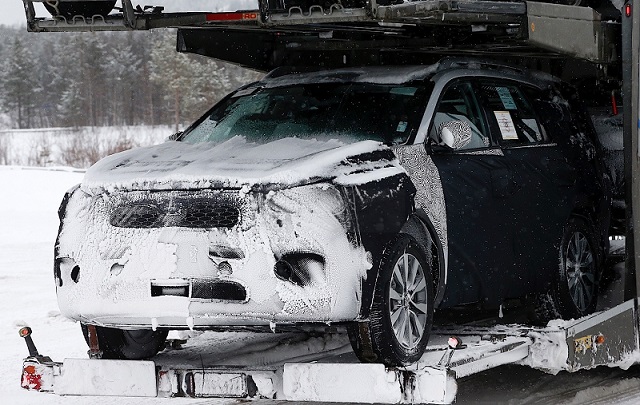 Still, this precocious mid-cycle facelift can’t hurt anyone because Kia’s designing team already has an idea for the facelifted 2018 Sorento. The crossover SUV will likely receive exterior changes based on the Cross GT Concept, so there might be some similarities with the new Niro subcompact, especially in the front end, which will sport a number of new styling tweaks. The carmaker will likely redesign whole hood, as well as the grille and headlight. The testing mule doesn’t shows anything here, but the rumors indicate there will be a new headlight styling too. In addition, the prototype shows different bumpers (and probably fog lamps), while we also expect revamped fenders and reworked wheel arches.

Snow-buried prototype easily hides the inside, so we didn’t manage to look inside of the refreshed 2018 Kia Sorento. Regardless the fact, the earliest speculations indicate that the cab should become more luxurious and premium, and a little bit alike the 2016 Mohave. 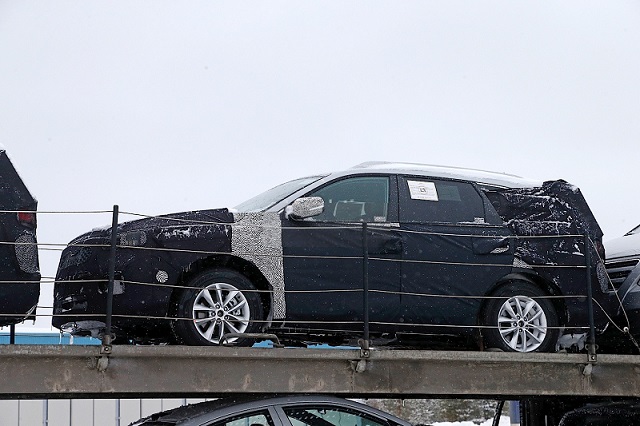 2018 Kia Sorento is getting a new hybrid drivetrain

Except of styling changes, the 2018 Sorento will also receive a number of other hidden but more important changes. For example, the updated mid-sized SUV will definitely undergo suspension refinements, as well as reduction of noise, vibration and harshness. However, the more important detail will be the ability of a new hybrid drivetrain from Kia’s Telluride Concept. If the updated Sorento gets concept’s original powertrain, we can expect to see a real beast that combines 270hp strong  3.6-liter V6 engine and an electric motor with 130hp. Together, the new hybrid drivetrain will deliver 400 horsepower and fuel economy over 30 mpg highway. As for the rest of the engine lineup, the refreshed SUV will likely continue to use its current options such as a 2.0-liter, turbocharged four-cylinder that produces 240 horsepower and 260 pound-feet of torque, a 3.3-liter V-6 with 290hp and the base 2.4-liter four-cylinder unit.

Like we said, the car manufacturer is trying to make more luxurious SUV, so if the updated 2018 Kia Sorento receives better characteristics, we can also expect a slight price jump. After all, the entry-level L trim currently costs $25,100, which makes the crossover one of the cheapest cars in the segment. The vehicle will be introduced sometime next year, most probably in later mounts of 2017.