Just a day after we caught a prototype of the three-row RX, a regular two-row model came in front of our objective. The SUV appears to feature minimal exterior updates, which are most noticeable at the ends. Judging by the information we have, the facelifted 2018 Lexus RX (and its three-row sibling) won’t wait until the next LA auto show. No, the car manufacturer will reportedly introduce both at the upcoming Tokyo Auto Show in October. 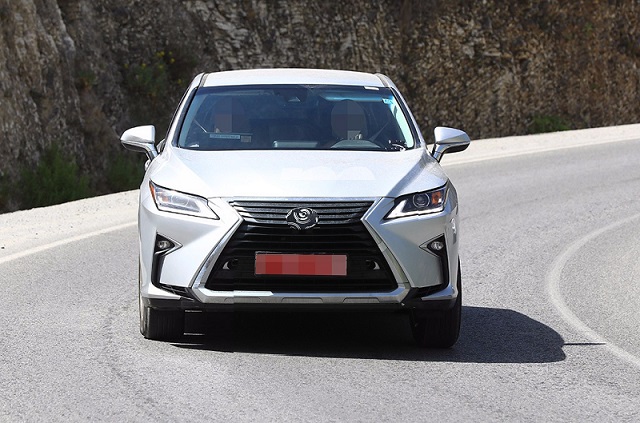 As you can see, Lexus’ most popular high-riding vehicle sports a camouflage around back. Some of the wraps are hiding badges, while the rest of it covers the new taillights. In the front, the SUV seems unchanged at the moment though we think it’s going to feature at least a pair of updated headlights, likely LED-treated, as well as the updated grille.

The U.S. customers might get one more engine option. More precisely, aside from the existing RX 350 and RX 450h, the car manufacturer might also add the 2018 Lexus RX 300. The crossover will reportedly feature a 2.0-liter turbocharged inline-4, which is capable of delivering 235 horsepower and 258 pound-feet of torque. As for the other two, they will likely stay unchanged. So, you can expect the 2018 RX 350 with its 3.5-liter V6 and 300 horsepower, while the RX 450h should continue to use a hybrid setup with V6, delivering 308 horsepower.

We haven’t seen inside of the prototype, so we can’t really say what’s cooking there. However, the car manufacturer will probably update existing technologies and perhaps add new upholstery and the latest safety systems. 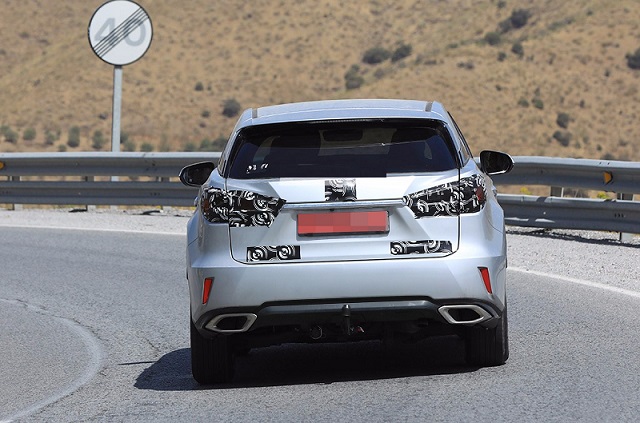 Judging by today’s news, the three-row compact crossover will be named the 2018 Lexus RX L. However, if you ask us, the regular two-row model is something we would always pick, simply because we don’t believe that the carmaker can accommodate a proper third row here.