Mazda already confirmed the arrival of the all-new SUV in Japan. Back home, the CX-5 is the biggest available SUV, but this is going to change with the all-new and really handsome 2018 Mazda CX-8. The car manufacturer released a teaser a few moments ago, so we are aware what’s coming there. However, our question is whether they plan to bring the handsome high-riding vehicle here in North America or elsewhere other than in Japan? Well, the producer hasn’t said anything, but we are sure that’s going to happen in near future. 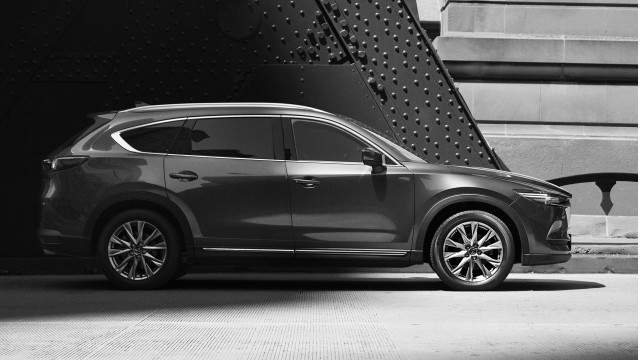 Yes, the U.S. drivers can buy a bigger CX-9, but it’s not the same vehicle. As far as we see it, the 2018 CX-8 is a far more attractive option. The new three-row crossover sports a bit smaller footprint than the CX-9, but that’s not too important at all because the SUV features a dynamic exterior design with a handsome roof that sits lower. Plus, the overall design appears to be more aggressive thanks to arches, which are more towards. Yes, the all-new CX8 looks a lot like the current CX4, but it’s a lot bigger, which makes it more imposing option. Also, it’s important to know that the 2018 Mazda CX-8 gets the identical wheelbase as the CX-9, so there should be plenty of space for all passengers. The crossover offers the choice of six or seven seats. As you can see here, the six-seat model looks very spacious and we strongly suggest the option.

Power wise, the Japanese specs model will come in a pair with a 2.2-liter turbocharged inline-4 diesel engine. The unit is capable of delivering 173 horsepower and a whopping 310 pound-feet of torque, which will power either standard front wheels or optional all four wheels. The power will be sent via six-speed automatic transmission only. 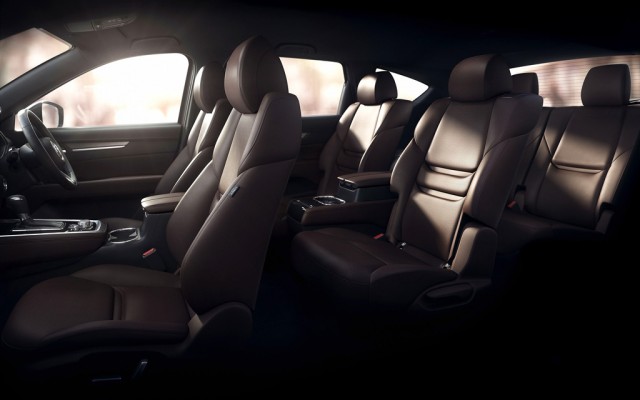 The 2018 CX-8 will become available in dealerships before the end of the year in Japan. As we said earlier, the carmaker hasn’t said whether the crossover would become available worldwide, yet we are sure this will happen sometime next year.