Mini’s high-performance Countryman is ready. The carmaker revealed the interesting crossover ahead of a world debut in April at the 2017 Shanghai auto show. The hot SUV appears to be one of the fastest in the segment, as it sports a turbocharged 2.0-liter four-cylinder mill with 228 horsepower and 258 lb-ft of torque. 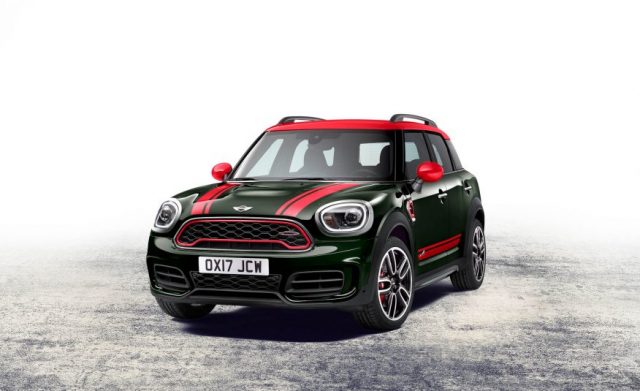 Yes, the 2018 Mini John Cooper Works Countryman ALL4 gets more power than the Juke Nismo, but it’s still less potent from Mercedes’ amazing GLA45. According to Mini, the new JCW’s 2.0-liter turbo will be mated to either a standard 6-speed manual or optional 8-speed automatic transmission. Of course, the engine feeds all four wheels. No matter which one gearbox you choose, the crossover will be able to achieve 60 mph in 6.2 seconds. Top speed will be limited to 145 mph. 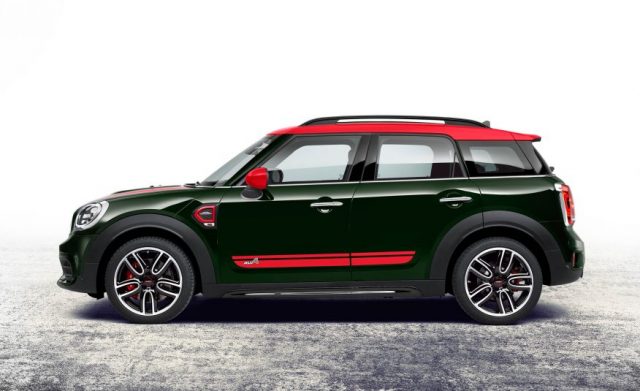 The 2018 Mini John Cooper Works Countryman features a standard sport-tuned suspension and a stiffer suspension setup as an option. There is a multilink axle at the rear and adjustable dampers, while the front end gets a single-joint spring strut axle.

The carmaker added Brembo brakes and 4-piston red calipers at the front, as well as an electronic differential lock for the front axle. You can choose between 18- and 19-inch wheels, both feature so-called Black Thrill Spoke design. 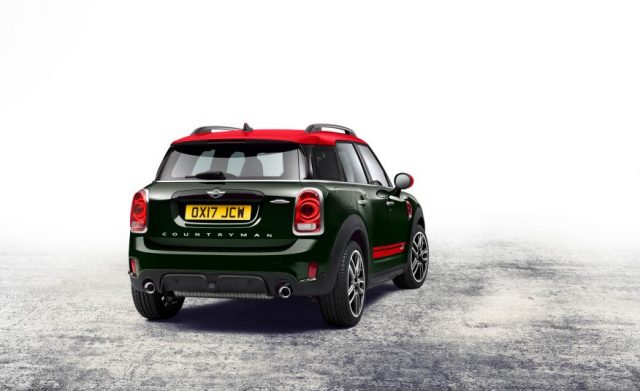 Styling wise, the 2018 Mini John Cooper Works Countryman gets a cheerful design with impressive details all around. The honeycomb grille looks really good on the lowered from fascia that sports a new bumper with larger air intakes. This red-grey painting makes the crossover is specially intended for the JCW and make it even more handsome. 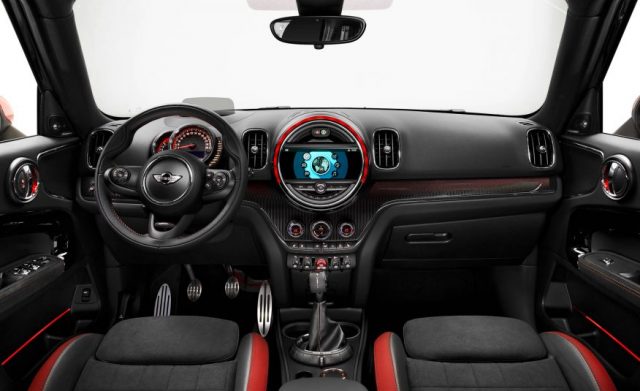 The new SUV is 8.0 inches longer and 1.3 inches wider that its predecessor, plus the wheelbase has grown by 2.9 inches, which provides more space inside. The cab features JCW’s characteristic details and sports seats with integral headrests. There is a specific steering wheel and gear lever, while a 6.5-inch infotainment display looks really good. 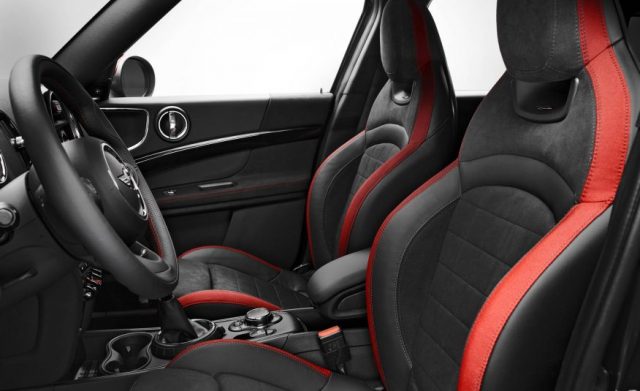 2019 Mini Countryman Coupe-SUV On The Way