Nissan has decided to kick off the 2018 Nissan Kicks SUV from Brazil all the way to U.S. The small high-riding vehicle has been available in South America since 2016, yet now, the Japanese carmaker decided to offer it here. As far as we’ve heard the crossover will come unchanged for now. The nameplate is reportedly here to replace the Juke. 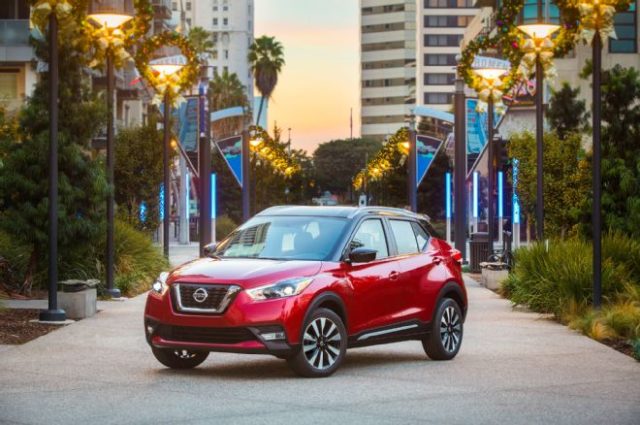 Just don’t expect anything mad under the hood of the 2018 Kicks. Instead, the subcompact offers a 1.6-liter I-4 engine, which delivers exactly 125 horsepower and 115 pound-feet of torque. The disappointing power and torque look better with the combined fuel economy result of 33 mpg. Of course, the mill is mated exclusively to a CVT transmission.

With its length of 169.1 inches and 69.3-inch of width, the 2018 Nissan Kicks stands where most of the rivals currently standing. Though, its wheelbase of 103.1 inches and height 62.4 inches improve the overall picture, because there is enough space for all passengers. 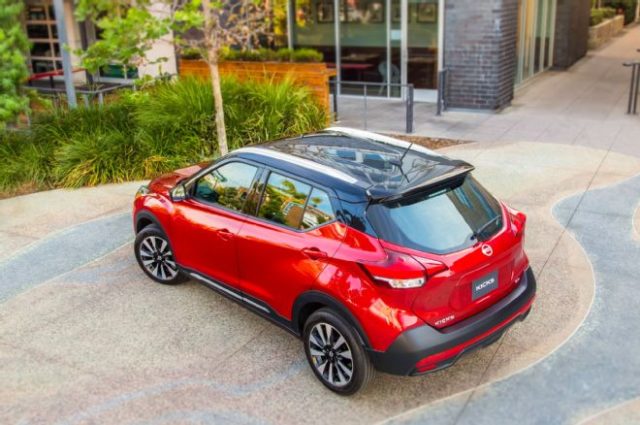 The convenience is actually the strongest card of the small SUV. The starting option offers more than most of today’s mid-size crossover has. A 7.0-inch infotainment display is the main player inside, but there are also three USB ports and Bluetooth connectivity. The headlights feature wiper activation, while the roof sports rails. Still, the most important part of the standard S model is an automatic emergency braking feature without any doubt. 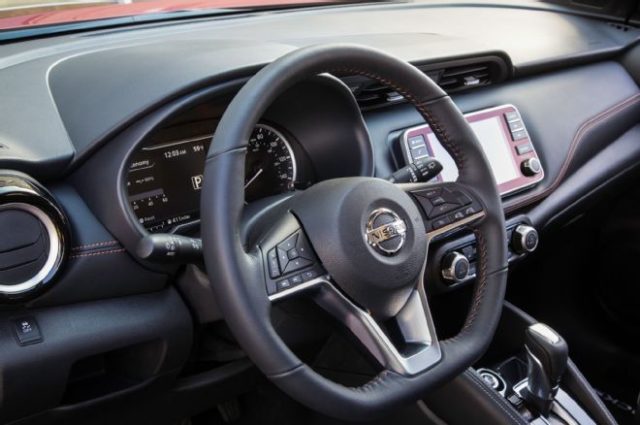 If you really want to drive a small SUV, we strongly recommend the mid-ranged 2018 Nissan Kicks SV, because it offers something you can’t get, well, almost anywhere, at least not for the same amount of dollars. The crossover features Apple CarPlay and Android Auto and a 360-degree camera. Blind spot monitoring and rear cross traffic alert are standard here, as it is a proximity key with remote engine start. The base 16-inch wheels are replaced with 17-inch alloys. The topping SR also hosts a Bose Personal Plus audio system and leather-wrapped steering wheel. Both headlights and fog lamps are LED-treated, while the driver gets two 2.5-inch speakers. 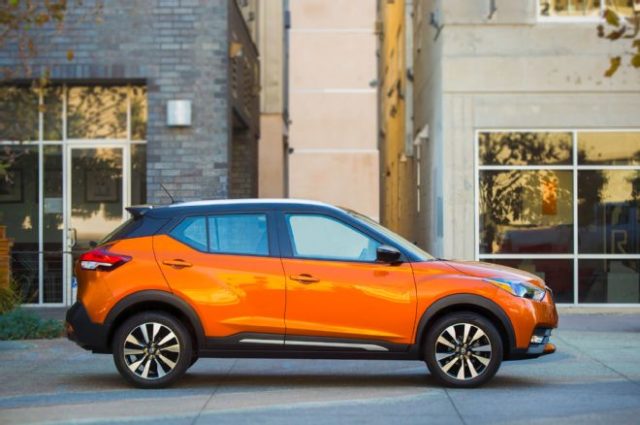 The SUV looks pretty good from the outside. Personally, we like it better from the Juke, but that’s a matter of taste. In any case, the base model will be priced around $19,000, while the fully-loaded Kicks isn’t going to cost over $25,000 for sure.