Ford’s impressive Raptor pickup truck is definitely getting a worthy rival, at least the guys from Caranddriver.com claim that. Of course, the competitor will wear Ram badge and will use an amazing Hellcat engine. However, since the future vehicle should be based on the Rebel TRX Concept, we thought it will become available early this year, but the latest reports say it would arrive late this year as the 2018 Ram Rebel. 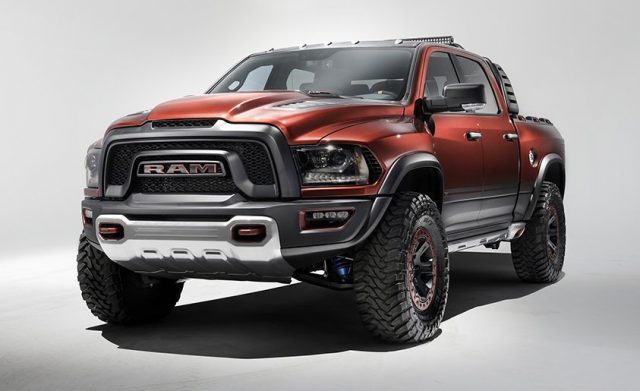 As we said, the 2018 Ram Rebel will use the impressive 6.2-liter Hellcat engine. However, in contrast to the most potent version that’s capable of pumping out up to 707 hp, the pickup truck will likely use a detuned version with around 600 horsepower. We think it’s more than enough power because the all-new Raptor can’t cross 450 ponies. The engine will be paired with an eight-speed automatic transmission and all-wheel drive, while the carmaker should also add some special kit such as off-road suspension system, wider track, and really big tires. 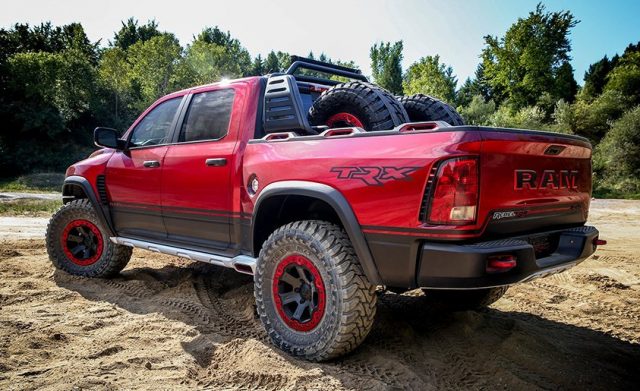 Of course, the exterior styling of the upcoming Hellcat-powered 2018 Ram Rebel will be largely based on the TRX concept. Moreover, the production model will look almost identical. The truck will definitely keep the tough attitude and its 37-inch tires, yet the interior could add carmaker’s latest tech, sports seats, and leather upholstery.

According to the latest reports, the price of the base 2018 Ram Rebel will be around $55,000. Like we said, the high-performance truck will be introduced late this year.