We just got the latest spy shots of the 2018 Subaru Ascent. In contrast to some earlier photos that haven’t revealed anything at all, the latest pictures show the production-ready bodywork of Subaru’s future three-row crossover. Yes, it’s still completely wrapped, yet the camouflage is so thin that we can easily anticipate what’s coming. 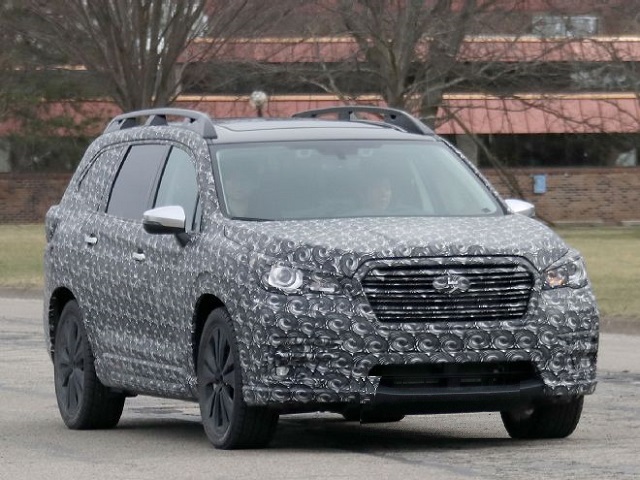 The 2018 Ascent SUV will definitely pick concept’s styling cues, at least some of them. Okay, the fenders and wheels are not as big as they were with the Viziv-7 concept car, but the rest of the design is pretty much the same. The front-end styling sports the massive hexagonal grille and amazing headlights, yet the hood appears to be a little bit less aggressive. The camo currently hides the fog lamps, but they should be similar to concepts as well. Rooflines look unchanged too, yet the rear end seems to be more rounded. The camouflaged model sports a dual exhaust layout and different rear bumper, but the taillights should be unchanged. 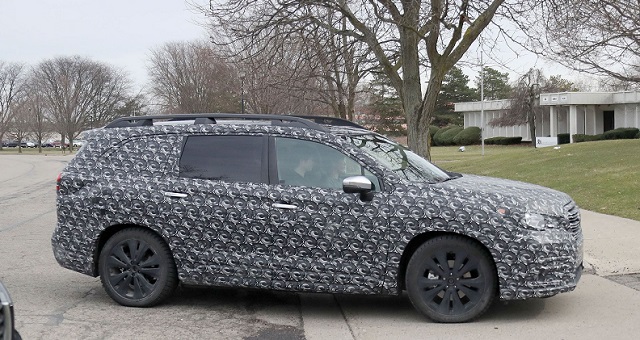 We haven’t managed to see inside of the 2018 Subaru Ascent, so we can’t say anything about the cab. However, since the SUV is getting around 117 inches between the wheels, it’s quite clear that it’s going to be very roomy. This is rather expected and pretty important because the SUV must be able to compete in everything with the best from the segment, which are the Honda Pilot, Ford Explorer, and Mazda CX-9. Now, we are not sure whether the rest of the crossover can compete with the most prominent names from the class, yet the interior space should be at the very top.

We can’t say anything new abut the performance because the carmaker still hides everything. We know that the crossover is using the new Global Platform and likely two engine options. A 2.0-liter flat-four with 250 hp will be definitely one of the options, yet we are not so sure will Outback’s current 3.6-liter flat-six find some space under the hood. If not, the manufacturer might try with some kind of a hybrid powertrain. Of course, CVT and all-wheel drive will be only choices. 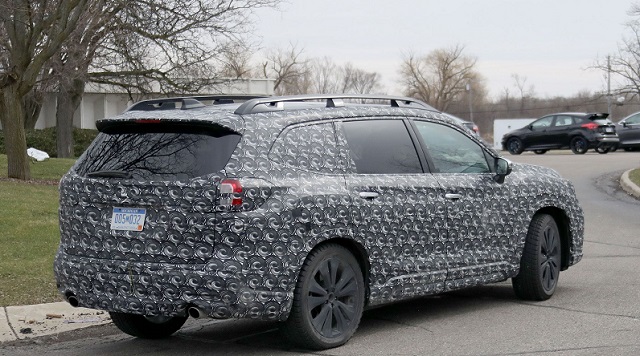 The Viziv 7 concept had been previewed in the concept form at 2016 Los Angeles auto show, yet the production version won’t wait for a year to show its nose. No, the carmaker will probably introduce the 2018 Subaru Ascent this April at the 2017 New York auto show. As we already announced, the base price will start close to $30K.