Audi’s totally redesigned Q3 compact crossover was unveiled on Tuesday at this year’s Paris Motor Show. At the first glance, the all-new model looks a lot better from its predecessor thanks to sharper body lines and more interesting styling cues. The popular SUV gets enlarged proportions and better tech inside of the cabin, while we also expect some interesting options beneath the hood. So where to start? 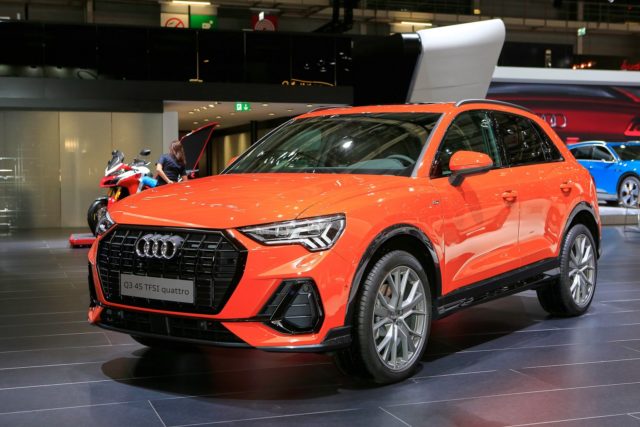 Well, the most notable changes have happened from the outside. The compact crossover definitely hosts some pretty familiar details, but nothing in common with its predecessor. Instead, the 2019 Audi Q3 features a Q8-inspired design that makes it quite aggressive. Up front, the vehicle hosts the identical grille as the new flagship SUV. The interesting face is additionally spiced up with the sporty bumper and with a pair of LED-treated headlights. The new profile of the SUV definitely looks more aggressive than earlier thanks to the lower and longer profile. We would not change the interesting alloy wheels at all, but potential buyers of the redesigned Q3 are going to be able to do that because the automaker prepares several patterns and sizes. More precisely, the regular wheels will be 17- and 18-inch, while a set of 20-inch Audi Sport comes as a more expensive option. 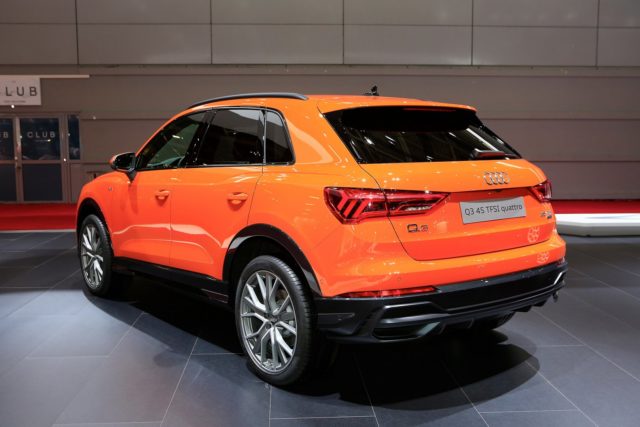 Volkswagen Group’s MQB architecture supports the 2019 Q3. The platform is highly flexible, so it’s not any wonder at all that the carmaker uses the same chassis for a really big number of models. By using it, the new-gen Q3 gets 3.8 inches extra of length and an inch in width. The overall car is lowered 0.2 inches, while the new wheelbase gets 3 additional inches. With the enlarged footprint, the compact crossover is not going to stay as compact as it was. For example, with rear seats folded down, SUV’s new storage space is 53.9 cubic feet. Quite impressive, isn’t it? 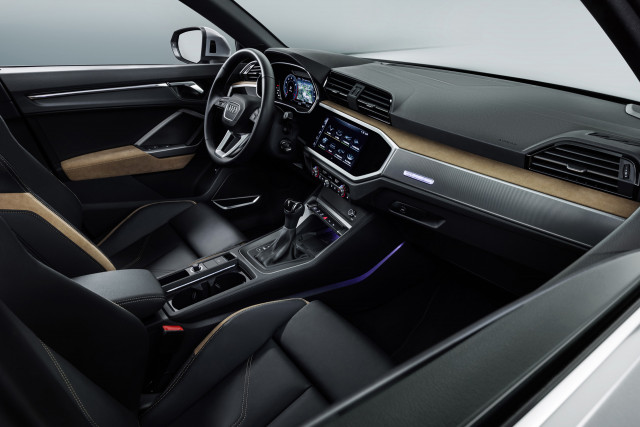 The new interior hosts an impressive dashboard design without any doubt. There is a completely digital instrument cluster and pretty attractive air vents at the top, while the rear end hosts a large infotainment display that has been paired with Apple Car Play and Android Auto smartphone integration. A Wi-Fi hotspot and four USB ports are standard as it is a number of electronic driving aids. The standard list includes front collision warning with cyclist and pedestrian detection, adaptive cruise control with traffic jam assist, park assist with automated steering, and a surround-view camera. 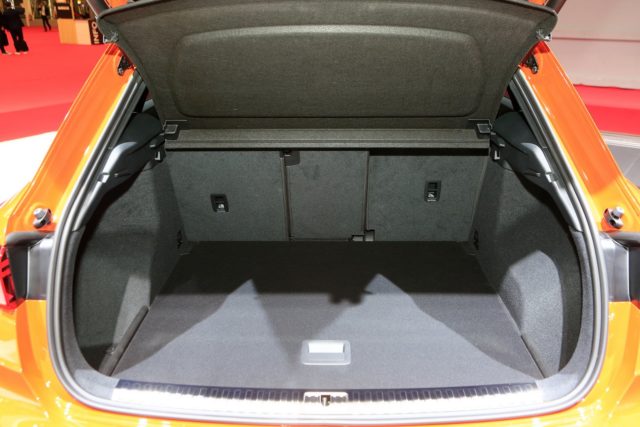 This Pulse-Orange painted Q3 has been introduced with a turbocharged 2.0-liter four-cylinder engine. The mill develops exactly 226 horsepower and 258 pound-feet of torque which travel to Audi’s Quattro all-wheel-drive system through a seven-speed dual-clutch gearbox. The AWD can be improved with a hill descent feature. The U.S.-specs model, for instance, will switch to an eight-speed automatic transmission, while the European customers are able to choose a six-speed manual gearbox,as well. 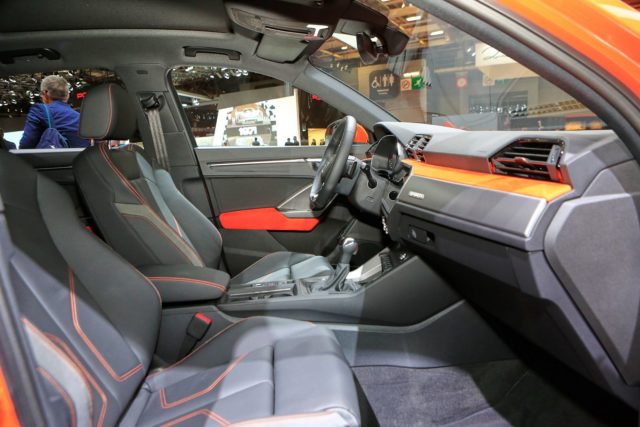 The German automaker is going to offer two more gasoline engines, as well as an oil-burner overseas. Plus, an e-tron plug-in hybrid option is largely expected sometime later. Still, Audi didn’t want to reveal anything about this matter at the 2018 Paris Motor Show, so stay tuned for updates.