Even though Audi planned to reveal the all-new Q3 tomorrow, a couple of websites published the official photos a day earlier. And voilà, here’s the all-new 2019 Audi Q3. We have to say that the crossover looks really impressive. It features attractive exterior and interior design, as well as a range of new-gen engines. Plus, it rides on a new platform which makes it lighter and better. From our point of view, it appears that the carmaker managed to put all pieces together and made the awesome piece of work. 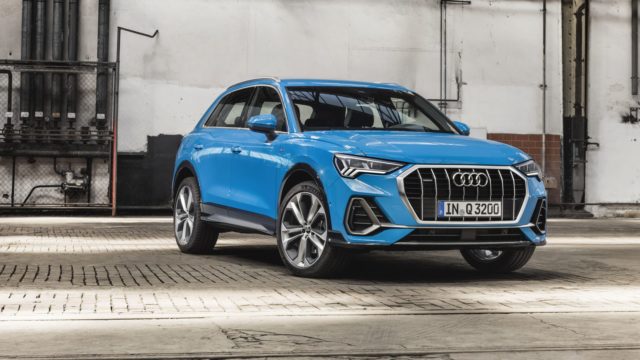 The front end of the 2019 Q3 looks quite attractive. However, this part of the vehicle appears to be quite familiar since it’s pretty much the same as the Q8’s face. More precisely, the smaller SUV hosts the identical grille with vertical bars and a pair of impressive headlights which are identical as well. The profile also mirrors the Q8, though since it’s significantly smaller, the new Q3 looks more dynamic. Around back, the crossover gets very sporty too. Still, the most interesting details in the rear are definitely large, perhaps oversized taillights. 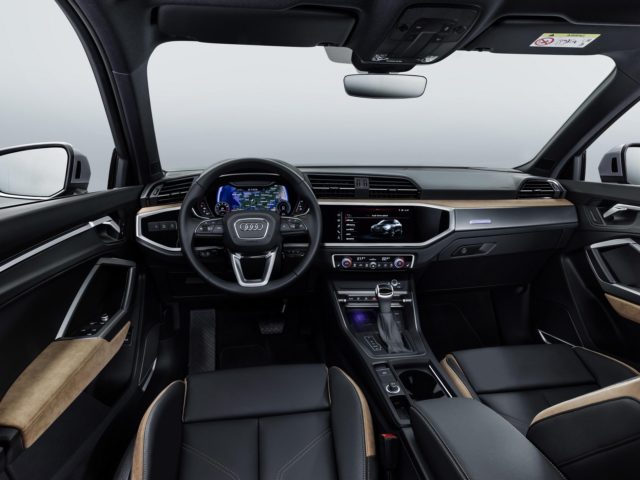 The cabin is even more imposing than the exterior. That’s due to Audi’s 12.3-inch Virtual Cockpit gauge cluster and a large infotainment display which takes the center of the dashboard. The SUV gets an 8.8-inch infotainment for the base model, but the potential buyers can have a larger 10-inch screen for some extra money.

Tech-wise, the 2019 Audi Q3 will use both Apple CarPlay and Android Auto, while the driver gets two USB ports in the front. There are another two USB ports in the back, as well as a 12-volt outlet. The SUV gets an available Wi-Fi hotspot, while the list of safety features include forward emergency braking, lane departure warning, rear cross-traffic alert, plus adaptive cruise control with traffic jam assist and active lane assist.

There will be up to six driving models available (Auto, Comfort, Dynamic, Offroad, Efficiency and Individual), as well as automatic damping control and a dynamic handling system.

The redesigned Audi Q3 will offer a range of engines. However, there will be no diesel option for the U.S. market. No, the oil-burners are reserved for Europe only. The North American model will, on the other hand, use a 1.5-liter turbo as a base unit. The mil will reportedly deliver around 150 horsepower. The crossover will also get a more potent 2.0-liter turbo mill with around 200 hp. Audi’s quartto all-wheel-drive will be available, while the 7-speed twin-clutch should be in charge for most of the engines. 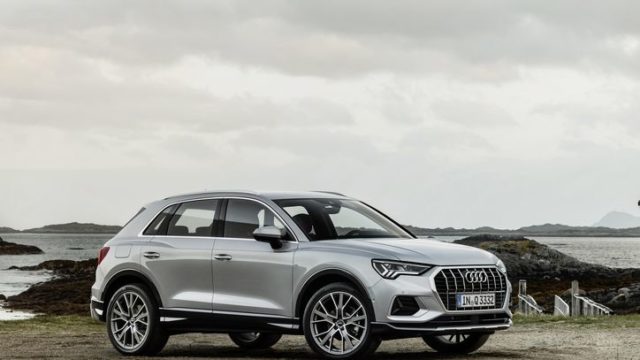 According to the latest reports, the European model will become available in November, while the U.S.-specs 2019 Audi Q3 should hit the dealerships just a month or two after that.