The totally redesigned, fourth-generation 2019 BMW X5 is finally revealed. Still, the all-new crossover SUV won’t become available before this November, so the German car manufacturer has not announced any pricing information so far. They’ve released everything else that regards the amazing nameplate: 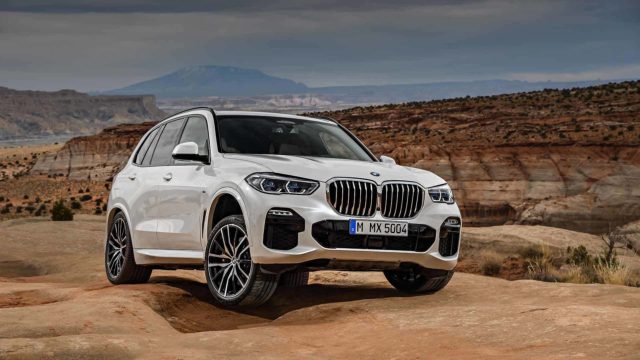 According to BMW, the 2019 X5 will bring lots of fun and comfort. Regarding the comfort, well, this was pretty clear when the automaker revealed new dimensions. The fourth-generation X5 is everything, longer, wider, and higher from its predecessor. It features 194.3 inches of length, 78.9 inches of width, and 69 inches of height. The new vehicle uses a new CLAR architecture, which would make it lighter in case that the manufacturer didn’t add the extra inches, but this way, the crossover SUV weights pretty much the same as the predecessor. 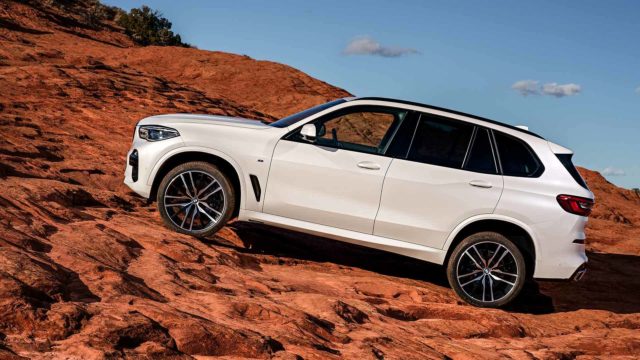 The redesigned SUV will offer two engines at the launch. Though the number of powertrains will grow later, so in case you are not satisfied with a 3.0-liter turbocharged inline-6 or with a 4.4-liter turbocharged V-8, you will have to wait for something else. This “else” word stands for a plug-in hybrid powertrain and the vanilla M model which will definitely bring more ponies under the hood than the regular V8. As for the starting V6 unit, it will deliver 335 horsepower and 330 pound-feet of torque. The V8 will, on the other hand, produce 456 hp and 479 lb-ft of twist, which will be good for a 4.6sec 0-60mph sprint.

Both units are mated to an eight-speed automatic transmission and all-wheel-drive. The AWD hosts a rear bias and a differential lock at the rear axle, which is helpful when the car is accelerating while it’s cornering. BMW also offers an off-road package. The feature uses air suspension, front and rear under-guards, and additional screens in the instrument cluster. The off-road driving mode adjusts traction, ride height, and stability. 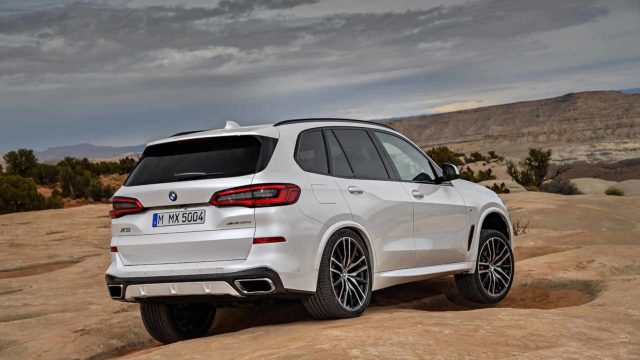 The exterior design is new, attractive, sharp, but also distinctive and typical for the X5 nameplate. The front end has the large, perhaps too large grille that hides active shutters, as well as a pair of really attractive headlights which are normally LED-treated. If you are not satisfied with LEDs, then you can pick the awesome laser headlights with blue x-shaped elements. The profile of the redesigned SUV looks somehow blunt than earlier thanks to a faster roof angle to the backlight. The potential buyers will be able to choose between 19- and 22-inch wheels. Around back, the 2019 BMW X5 gets the two-piece tailgate and three-dimensional LED taillights that are slightly raised compared to the predecessor. Just look lower and you will notice a pair of exhaust tips which are larger than earlier.

Inside, the totally redesigned SUV gets a completely new dashboard with metal elements. There’s a fully-digital instrument cluster, as well as the center display, and they are connected by the same graphics. The X5 hosts a new gear stick lever and rotary dial controller, while the driver won’t ramble to find what it needs since the most of the controls are possitioned in the center console. 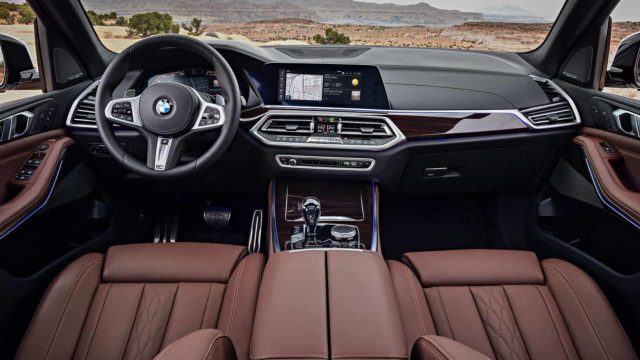 Stay tuned for updates, because BMW should release pricing information in the coming months. 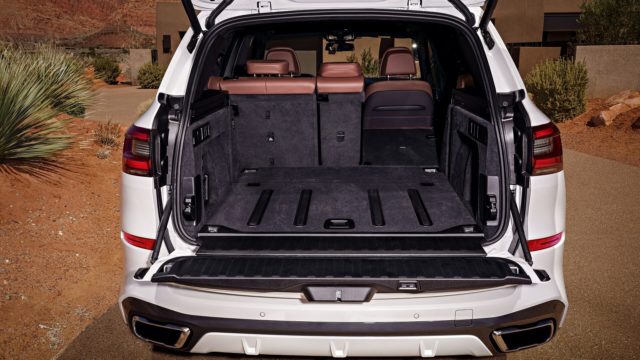