Have you heard for Romanian car manufacturer Dacia? Of course not, because it was never available in North America. Still, as much as you doubt in the carmaker from East Europe, it offers some quite interesting models. More precisely, they have a capable SUV, which is named the Duster. The high-riding vehicle has been available since 2010, but now it’s getting its second generation “suit”. The prototype of the 2019 Dacia Duster has been caught somewhere in Europe of course. 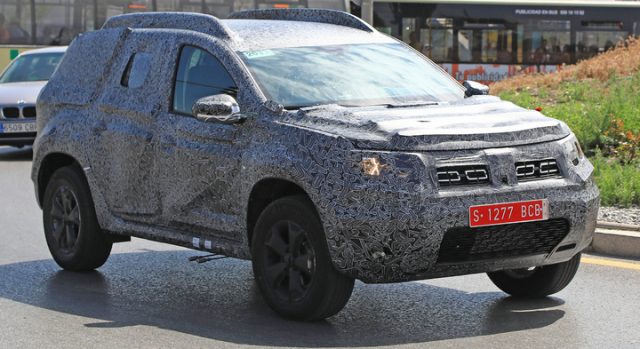 The SUV is testing its new bodywork, but we can’t for sure say what’s happening beneath the camouflage. As far as we see, the 2019 Duster might be a bit larger for its predecessor. The prototype also shows quite generous ground clearance, definitely higher for the current model. Styling wise, the SUV appears to have an almost identical grille, while everything else seems to be redesigned, including lights and bumpers.

The overall shape is different as well. As you can see, the new vehicle sports changed A-pillars and different doors, as well as the totally new windshield. Plus, the hood features completely new design, which looks more interesting from todays. Inside, the 2019 Dacia Duster will get a fancier dashboard with three air vents in place of the predecessor’s two. Of course, the carmaker will add the latest technologies, yet nothing too expensive. After all, Dacia is Renault’s low-cost bid.

There is nothing official regarding SUV’s performance. However, since it’s going to use Renault-Nissan’s CMF Platform, we expect to see at least some of the options from Kadjar or X-Trail. If not, then the SUV will definitely use existing engines, with certain upgrades of course. 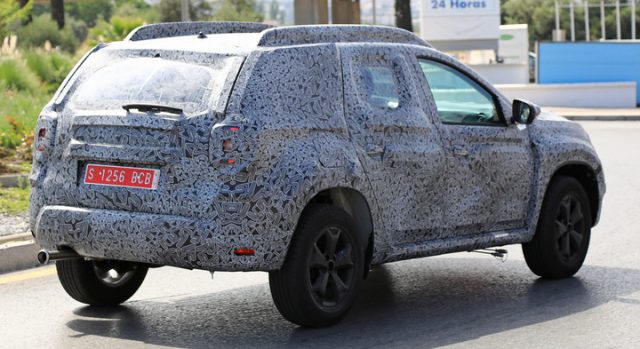 Judging by the information we have, the new generation Duster will be introduced at this year’s Frankfurt Motor Show in September. Aside from the regular five-seat model, the carmaker should preview the seven-seater as well.